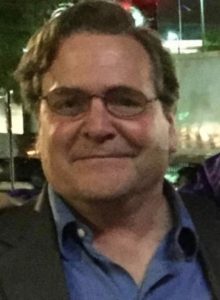 Westborough – Timothy P. Roth, 63, of Westborough, died March 2, 2019 at the UMass Memorial Healthcare-University Hospital from injuries sustained in an automobile accident earlier that day. He was the husband of Anne L. Vadala-Roth.

Born in Walled Lake, Michigan, he was the son of the late Herman and Betty (Capes) Roth and was raised and educated in Brunswick, GA. He was a graduate of the University of Massachusetts, Boston and earned a master’s degree from Harvard University.

Tim was a research scientist at Brigham and Women’s Hospital for many years. He also did research at the University of Arizona in Tucson, Schepens Eye Research Institute and UMass Medical School. Most recently he was teaching at the Grafton Public Schools

He was a communicant of St. Luke the Evangelist Church and was currently Scout Master for Troop 100, BSA.

In addition to his wife he is survived by two sons, Adam Roth and his girlfriend Elise Mariolis of Westborough and Benjamin Roth of North Carolina; five brothers, Christopher Roth, Andrew Roth, David Roth, Mark Roth and Stephan Roth; and one sister, Theresa Roth. He is also survived by his wife’s siblings and their spouses, Janet and Arthur Angeles, Ellen and Francesco Poles, Lynne and Jim Doran, Clare and Paul Clark and Chuck and Mary Vadala, and many nieces and nephews. He was predeceased by a brother, Matthew Roth.

In lieu of flowers, donations in his memory may be made to Boy Scout Troop 100, c/o Eric French, 43 Water St., Westborough, MA 01581. Please make checks payable to Troop 100 Westborough.