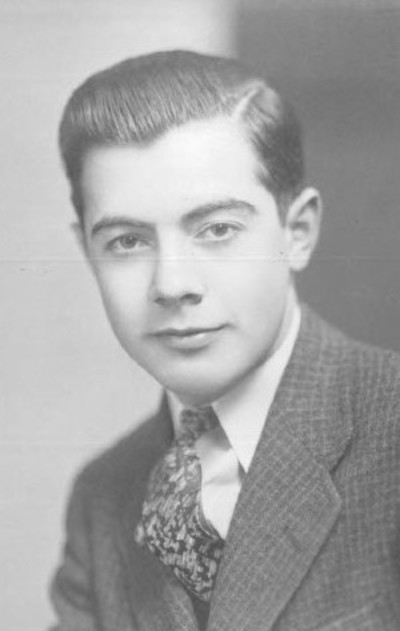 Shrewsbury – Harry Parker Winslow Jr. of Shrewsbury died Wednesday November 6, 2019 at UMass Medical Center Hospital, Worcester.  He lived 100 years, 7 months, and a day.  Born in Worcester, he was the son of the late Harry P. Winslow Sr. and Florence (Sherwood) Winslow. He was a 1937 graduate of Commerce High School in Worcester.

In 1939 he married Rita Dudley shortly after they were introduced by friends at White City.  He enlisted in the U.S. Navy during WWII. He also served as a member of the Massachusetts State Guard Motorcycle Squad. He attended Northeastern University School of Business. He and Rita began building their forever home in Shrewsbury in 1956 where they owned and operated Winslow Welding Supplies until his retirement sometime in the 80’s. After 25 years in business, he took his first week-long vacation.  He gave into pressure from Rita after she told him we were going to Hampton Beach for a week with him, or without him.

At the time of his death, Harry was the oldest original camp owner on Stiles Lake in Spencer. His family bought there in 1926. He started building “Little Camp” at about age 17 when the garage that belonged to “Big Camp” was rolled across Wilson Ave on logs.

His younger years as a Harley-Davidson enthusiast turned in to an even greater love for snowmobiling.  Harry and Rita traveled many miles together, first on his Harleys, the most recent being a 1936 Knucklehead, then later as avid snowmobilers they traveled many more Canadian miles over a period of more than 30 years, up until he turned 81.

He will be remembered for his strong, silent personality, his quick wit, his thriftiness, and most of all his mastery of Yankee Ingenuity.  He was a man of few words, until of course you asked a question on the right topic.  He will be greatly missed by all who knew him.

The family would like to thank Harry’s special caregiver Rosie.  Without her, he would have been unable to stay in his home for his last 15 months, and for this, we will be forever grateful. Thanks also go to the UMass Emergency staff for their compassion and understanding.

A graveside service for Harry will be held at 11am on Tuesday November 12, 2019 at Grove Cemetery 1520 Main St, Holden, MA 01520. There are no calling hours. In lieu of flowers, the family requests contributions be made in Harry’s name to the Spencer Rescue & Emergency Squad, Inc., P.O. Box 147, Spencer, MA 01562.  The MERCADANTE FUNERAL HOME AND CHAPEL 370 Plantation St. Worcester is entrusted with Harry’s arrangements.