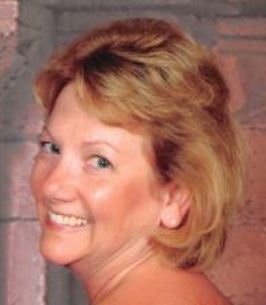 She leaves her loving husband of 36 years Dennis E. Gendron, her son Philip D. Gendron and daughter Karla F. Bergdorf and her husband John and grandchildren Colton and Everly, her canine companion Tessie, brother Paul Joanis Jr. and his wife Sue, sisters Dorothy Joanis, Laurie Hughes and her husband John and Deborah Joanis, her mother-in-law Theresa Gendron, brother-in-law Richard Gendron and his wife Leeanne and several nieces, nephews, and great nieces and nephews. She was predeceased by her father-in-law Edward Gendron.

Peggy was born April 18, 1961 in Milford, MA daughter of Margaret (Lynch) and Paul Joanis Sr. Her roots were in Milford where she graduated from Milford High school. Peggy earned her Associate’s degree from Excelsior College in Albany NY in 2008 and worked as a Registered Nurse at University Commons/Beaumont Rehabilitation and Skilled Nursing Center in Worcester where she also was Director of Staff Education, and Assistant Director of Nursing from 2003-2009. Prior to Beaumont she worked at Providence House Nursing Home in Millbury for 13 years.

Away from work Peggy, was a Girl Scout Leader in Grafton, MA, she was a member of the Central Massachusetts Chapter of the American Sewing Guild, where she served as Vice President for 4 years. Peggy also attended Turning the Tide Ovarian Cancer Retreat every year since 2012. This retreat supports women in New England with ovarian cancer.

She was an inspiration to all who attended as well as using her wonderful sewing skills to make beautiful quilts and other gifts she donated to the retreat.

Peggy loved to spend time with her family especially her two grandchildren. She loved traveling, audio books and was a sewing enthusiast. Anyone who knew Peggy knew her generous spirit, amazing heart and unwavering positive attitude.

Please honor her in lieu of traditional remembrances with a donation to Turning The Tide Ovarian Cancer Retreats c/o Betsy G. Neisner 15 Laurel Hill Leverett MA 01054 or online at www.Turningthetideovarianretreat.com.

All are welcome to gather with Peggy’s family Thursday November 14th from 9-11am at Roney Funeral Home 152 Worcester St. N. Grafton, MA 01536 followed by the celebration of her Funeral Mass at 11:30am at St. James Church 89 Main St. S. Grafton, MA 01560. She will then be laid to rest at Fairview Cemetery in South Grafton.

A Book of Memories to share a favorite story or message of sympathy is available online at www.RoneyFuneralHome.com.