Northborough – Police Chief William Lyver introduced new police officer recruit Connor Henry to the Board of Selectmen at their Jan. 13 meeting at Town Hall. Henry was sworn in by Town Clerk Andrew Dowd.

“Mr. Chair, members of the Board, this is one of those enjoyable moments…. Connor Henry is a life-long resident of Northborough. Connor went through our selection process and he surfaced to the top,” remarked Lyver. 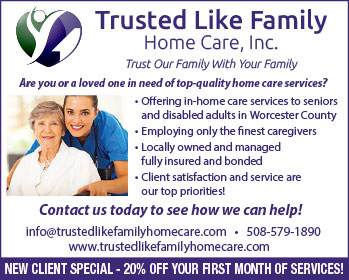 Connor grew up in Northborough and is a 2014 graduate of Algonquin Regional High School. He also graduated from Assumption College with a bachelor’s in criminology.   He currently serves as a junior varsity baseball and soccer coach at Algonquin and is working for a local contractor.

His position will be effective March 1 and he will attend the Police Academy in April of this year.

“It’s great to be a part of such a great community, getting everybody all together and all the support from friends and family,” Henry said as he thanked the Board, Lyver and Lt. Joseph Galvin.

“Being in Northborough is a really special place and I’m sure you guys can attest to that. I’m just looking forward to it and it’s a new chapter in my life in a not so new place,” he added.

Selectman Leslie Rutan noted that she knew his “remarkable family” and that their kids overlapped in high school.

“I am just thrilled, you are an exceptional individual and you have proved yourself to be at Algonquin through all your activities there and your sports – you are an outstanding athlete…and you went on to do that at Assumption. It speaks so much for your character and your integrity and your discipline,” she said. “The fact that you are so involved at Algonquin now says a whole lot because you are passing on all these things to the younger people who view you as a role model.”