Shrewsbury/Westborough – Since 2015, Dan Barbour of Shrewsbury has hosted games with his small business Vertigo Trivia at various venues including libraries, schools, office parties and bars. Pandemic restrictions spurred him to create digital trivia kits that can be used for both virtual and live group events.

“As soon as the restrictions started, I actually had 11 gigs get canceled within 48 hours,” he relayed. “People still wanted to play trivia, but didn’t know how to do it.”

While the trivia business is Barbour’s side gig, his day job since May 2018 is circulation supervisor at Westborough Public Library. During the stay-at-home advisory’s early months, he hosted free trivia games online for Westborough library patrons.

Barbour’s library career began fresh out of college, as did his interest in organizing trivia events. From 2007 to May 2018, he worked as the young adult librarian and volunteer coordinator at Shrewsbury Public Library.

“I was trying to find events that would stimulate both teenagers and families,” he noted. “The library trivia events started with five or six people around a table. It grew to 90 to 100 people with the games on monitors in three rooms.”

Teens attendance further increased in 2009 when Barbour appeared as one of 12 contestants on ABC-TV’s reality program “I Survived a Japanese Game Show.” Each week, a contestant was eliminated. He survived up to the show’s midway point.

“I wanted to break the stereotype that library workers are quiet and reserved,” he said. “I got this great opportunity to travel for free and showcase that library workers can have a ton of fun. The teen group that I was running at the time got many more members after the show started airing.”

A self-described “people person,” Barbour incorporated his passions for fun and games with his goal to launch a small business in 2015. The longest-running venue where he has hosted trivia games is Vintage Grille on Shrewsbury Street in Worcester. His first show there was March 10, 2015.

“I try to host games that I would also want to play,” he explained. “I want it be fast-paced and have something for everyone. I pull from all sorts of topics.”

On this past March 10, Vertigo Trivia celebrated its fifth anniversary with a party at Vintage Grille. Then the pandemic restrictions took effect. In May, Barbour introduced digital trivia kits.

The kits are available in a PPT file that can be used with screen-sharing services such as Zoom. For future live events, the file can be displayed with Microsoft PowerPoint or Google Slides.

“You can host multiple sessions,” he emphasized. “You can play online in this age where we need to be socially distanced, but you can take the same file and customize it if you ever want to project it on a big screen in a room when we can meet again.” 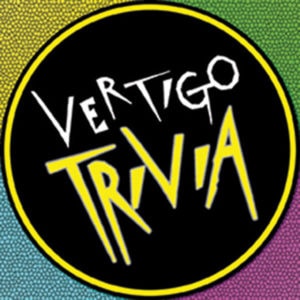 Barbour advises individuals, organizations and business people who want to utilize a trivia kit to practice the game with friends, committee members or staff. Along the way, think uniquely.

“It’s a full show,” he said of the digital kits. “You don’t need to add anything, but you can easily add specific questions if you want. Don’t be afraid to make it your own.”