Shrewsbury – Animal behaviorist and Shrewsbury resident Jessica Zorge was jubilant after the Shrewsbury Zoning Board of Appeals (ZBA) unanimously approved a raptor rehabilitation structure on her property to continue to rehabilitate wildlife. She specializes in rehabilitating birds of prey and holds state and federal permits.

“I started the group, Raptor Tale Rescue,” she explained. “I help birds of prey whether they are orphaned or injured and I had a fundraiser for an enclosure space to be placed on the property that I own.” 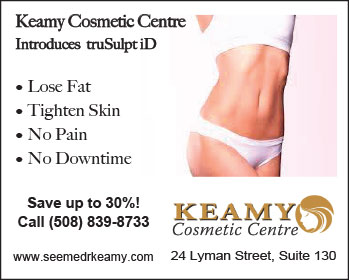 Because the enclosure is over 200 square feet it needed approval from the town.

She said that she applied for her permit in May. In July she was told that it was prohibited because it wasn’t listed in the town bylaws.

“There has been a lot of miscommunication from the town regarding what is allowed and wasn’t allowed,” she said. “It was confusing because I’ve been doing this in town for years…It has been a frustrating and difficult process.”

The issue then became two-fold: first, could she build the structure and second, could she continue to rehabilitate the birds?

Twenty-five letters of support – many of which are from her neighbors – and a petition with over 4,000 signatures were submitted to the ZBA. At an Aug. 24 public hearing, roughly 60 people were willing to speak on behalf of Zorge. She also enlisted local attorney Richard Ricker who spoke on her behalf.

“It is non-commercial, it’s an open-air recreation use, and it allows storage uses as part of the overall category,” he remarked. “What she is doing is a public service although it’s a hobby…and it is something that I suggest to you respectfully she deserves a lot of credit for.”

Ron Rosen, chair of the ZBA, was supportive of issuing a special permit without a prior application because they had done so in the past.

After some discussion, members of the ZBA agreed but shared concerns regarding the security of the structure, how many birds it could hold and issues with noise which were satisfactorily addressed. The structure is not permanent, and it can be moved. The size can be modified according to how many birds are in occupancy. The most that the structure can hold is four birds.

“I am very happy that the town is able to appreciate that wildlife rehabilitation is necessary and having a person in your town offer to do it free of charge and help the community,” Zorge said. “I can’t wait to start.”

Her next step is to have the structure delivered and installed. She expects it will arrive within two to three weeks. Assistance with the installation is welcome because it isn’t a one-person job. To volunteer, contact her at jessicazorge@gmail.com.