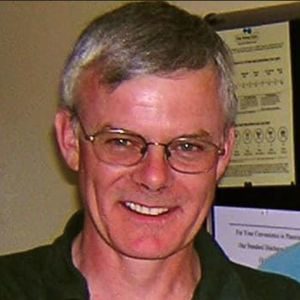 John was born on May 14, 1959 in Framingham MA to John and Patricia McGrath. He graduated from Assabet Valley Regional High School, class of 1978.

Shortly after graduation, he joined the Air Force and served a full enlistment. Upon his return from the service, he became a member of the Marlborough Fire Department until his retirement in January 2016. While in the department, he rose through the ranks, eventually retiring as deputy chief.

John was an avid member of the Riverside Rod and Gun Club where he spent many hours preparing for shooting competitions and teaching friends and family his passion.

He is survived by his mother, Patricia J. Russell, his sister, Pat McGrath, his sister Irene and brother-in-law Al Stokes. He is also survived by his three children, Brianna Bates, Benjamin McGrath and John Patrick McGrath, as well as his grandson, Samuel Bates. He leaves nieces and a nephew, a great niece and a great nephew along with an extended family of aunts, uncles and cousins both here in the US and in Ireland.

Visiting hours will be held on Sunday, September 27, 2020 from 4:00-6:00PM at the Slattery Funeral Home, Inc., 40 Pleasant St., Marlborough, MA. A private funeral Mass will be held on Monday, September 28, 2020 at 11:00 AM and can be viewed live online using www.icmarlboro.org, Mass live broadcasting and then website live. There will be a private burial for John with family.