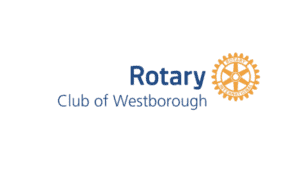 WESTBOROUGH – The Westborough Rotary Club is gearing up to help youth in foster care in a unique way Saturday, May 15.

Held at the Bay State Commons pavilion from 3:30 to 5:30 p.m, Rotarians and any other interested volunteers will assemble boxes of basic supplies to make life even slightly easier for young people in need.

“This tangible bin…is a tangible gift from the community,” a Rotary Club press release announcing the event read.

The project is part of the Launch Box initiative, which in turn stems from the nonprofit Rise Above.

“Whether it is one spatula or one frying pan that a caring individual donates, it will help,” Rotary Club member and project captain Reina Rago said.

The foster care system, at large, operates to place children whose families are unable to take care of them in the homes of new families.

It’s controversial though. After years of other tragedies, the state Department of Children and Families has recently come under fire, in particular, following the death of Fall River teen David Almond.

Found dead in his home last month, Almond was under DCF supervision. But he had been released back to the care of his father, who is now facing murder charges connected to Almond’s death.

The case has crystalized what advocates say is a pattern of failures and abuse within the DCF system and foster programs in particular.

“It is tragic,” Rago said, speaking as an individual. She later added, “His death should not have happened.”

Back in Westborough, advocates are pushing forward.

They aim to assemble at least 20 Launch Boxes. To do so, they’ve collected items through a registry at Target in Westborough.

“Anybody and everybody are welcome to help assemble the Launch Boxes,” Rotary Club President Kathy Wilfert said.  “Please join us for this community event and help make a difference in the life of a young adult.”