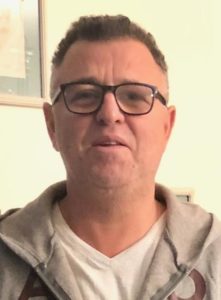 Marlborough – Kenedy Batista De Oliveira, 55, of Marlborough, died on May 14, 2021 at his home. He was born, raised and educated in Governador Valadares, Minas Gerais, Brazil, the son of Mariam (Batista) De Oliveira and the late Olimpio De Oliveira.

He was a maintenance man for Wayside Condominiums for six years. He enjoyed gatherings with his family and friends, going to the beach and watching a good movie.

Calling hours will be held on Monday, May 17, from 6-8 p.m., in the Collins Funeral Home, 378 Lincoln St., Marlborough. Burial will be private.

All are invited to sign his online guestbook at www.CollinsFuneral.com. Funeral arrangements are under the direction of the Collins Funeral Home, 378 Lincoln St., Marlborough.