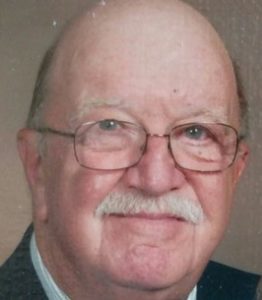 He is survived by his wife, Penelope Ann (Yeager); son Christopher W.; son Todd D. and Amy Kinch; son Jeffrey G. and his wife Stacy N.; grandchildren Elizabeth, Jonathan, Elijah, Emmerson, and Sylvia; and many nieces, nephews, and other family. He was predeceased by his siblings, Lionel A. Jr. and Beverly J. Enman.

After graduating from Waltham High School in 1957, Bill and his best pal Sid joined the U.S. Navy together. His mechanical skills led him to the Construction Battalion, also known as the Seabees. Bill traveled the world during his years in the Navy, with tours in Hawaii, New Zealand, Portugal, Spain, and most remarkably to Operation Deep Freeze in McMurdo Station on the Antarctic.

After his honest and faithful service to our country, Bill found opportunity in the emerging high-tech age on the Route 128 corridor. Eventually, he had a successful 22-year career at Digital Equipment Corporation. In his retirement, Bill worked for Volunteer Services at South County Hospital in Wakefield, R.I.

Bill moved to Florida in 1965 when his company was transferred to West Palm Beach. Bill and Penny first met on a company sponsored trip to the Bahamas and it was love at first sight. They wed on April 16, 1966 and were married for over 55 years. Employment opportunities in the north led Bill and Penny to New England, eventually settling and raising their family in Grafton. They also lived many years in Wakefield, R.I. and the last seven years ago in Vero Beach, Fla.

Bill was always the life of the party and you could hear his laugh a mile away. His sons called him “Dad” and Bill and the boys were like a comedy troupe, always competing for the biggest laugh. His grandchildren called him “Papa” and thought he was “The Best.”

Bill had an astonishing love of children, and kids naturally gravitated to his happy personality. Bill and Penny hosted many parties, holidays, and life events over the years. Whenever his sister, Bev, would visit, Bill made sure he filled her up with belly laughs. His greatest gift was his legendary “squeezers,” for when he hugged you, he made sure you felt it.

There will be a Celebration of Life for Bill on Saturday, Sept. 18, at 11 a.m., at the Congregational Church of Grafton. There will be no calling hours. The burial will be private at a later date.

In lieu of flowers, memorial donations in William Cahill’s name may be made to the Congregational Church of Grafton, PO Box 421, Grafton, MA 01519.