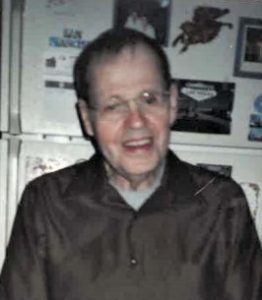 Northborough – Gordon R. Maccabee, affectionately known to many as “Gubby,” passed away peacefully at the age of 83 years on Sept. 13, 2021. He was the husband of 45 years to Reby E. (McCall) Maccabee until her own passing in 2004.

Gordon was born in Worcester and raised in Northborough, a son to the late Vernon J. and Elva L. (Morse) Maccabee. He graduated from Northborough H.S. in 1955 and shortly thereafter enlisted in the U.S. Army where he honorably served in Korea.

Upon returning to his beloved town, Gordon began a 37-year career as a letter carrier with the U.S. Postal Service – Northborough Post Office, where he enjoyed daily interactions with everyone he met. Upon his retirement from his route in 1992, Gordon continued his part-time employment at Lowe’s Variety and Meat Shop where he proudly filled deli orders. For years he made the delicious sausages so many loved and filled many holiday turkey or ham orders. A testament to his loyalty and commitment towards hard work, Gordon worked over 50 years at Lowe’s Variety.

He was proud to be 55-year member of the Northborough Grange.

Gordon was an avid Celtics, Patriots and Red Sox fan and enjoyed many years spent bowling with friends at Sawyer’s Bowladrome. Gordon’s family will always treasure the many hours of Cribbage, Pitch and game nights spent with Gordon. His positive outlook on life and quiet demeanor will be missed by all those who knew him.

Gordon is survived by a son, Lyman Maccabee and his wife Leanne of Marlborough; a daughter, Candus Zanella and her husband Mark of Patterson, Calif.; a brother, John Maccabee and his wife Laverne of Louisville, Ken.; two sisters, Janet Richards of Tucson, Ariz. and Marilyn Kagels and her husband Robert of West Hartford, Conn.; his longtime companion, Helen Calverley; and many nieces and nephews.

The Maccabee family wish to extend a heartfelt thank you to the staff at Beaumont of Northborough for the kindness and support shown to Gordon during his stay there.