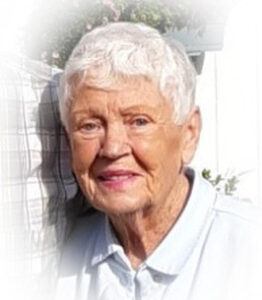 Northborough – Phyllis A. (Leonard) Taxiera, age 88, of Northborough, MA passed away peacefully on September 22, 2021, after a short illness.

Phyllis was born on January 28, 1933, in Poughkeepsie, NY, the daughter of the late Harry and Violet (Constable) Kirchner. She was raised in Kingston, NY and was a 1950 graduate of Kingston High School prior to attending the Kingston Hospital School of Nursing.

She moved to Miami, FL where she met the first love of her life, the late William Leonard, Sr. They married in 1954 and lived in Whitinsville, MA for a few years before relocating to Northborough, MA where they raised their three children. William, Sr. died unexpectedly in 1974.

She met, and in 1976, married the second love of her life, Joseph M. Taxiera of Milford, MA. They lived all their years together in Northborough. Phyllis and Joe recently celebrated 45 wonderful years of marriage. Phyllis worked as the elementary school nurse for the Northborough Public School System from 1972-1985. Phyllis continued her studies at Assumption College and in 1985 was awarded a BS in Nursing.

Phyllis loved bowling at Sawyer’s Bowladrome in Northborough as well as a good round of golf. She and Joe enjoyed many years of traveling together as well as spending summers at their beach houses in Charlestown, RI and on Scarborough Beach. She was also active for 46 years with the Good Shepherd Lutheran Church in Westborough.

In addition to her beloved, devoted husband and best friend, Joe, Phyllis is survived by her three children, William Leonard, Jr. and his wife Debra of Mendon, MA, Patricia Leonard of Portsmouth, RI, and Donna Smith and her husband Glenn of Middletown, RI. Also surviving her are six grandchildren, Glenn Smith, Dillon Smith, Riley Smith, Kimberly Leonard, Brian Caniff, and Michael Caniff, all whom she loved, as well as many nieces and nephews. A sister, Joyce Campbell, preceded Phyllis in death. Phyllis was a very caring woman who was loved by all who knew her.

Calling hours are set for 5-7 p.m. on Tuesday, September 28, at Hays Funeral Home, 56 Main Street, Northborough. A funeral will be held at 11 o’clock in the morning on Wednesday, September 29, at Good Shepherd Lutheran Church, 183 W. Main Street, Westborough. The wearing of masks in church during the funeral will be required. Burial will follow in Howard Street Cemetery, Northborough.