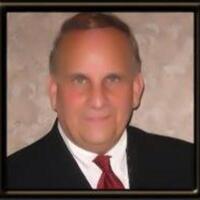 Mark was born in Worcester on November 6, 1952, one of eight children of Roland “Tex” and Lena (Ricciardi) Gerardi.  Mark began his life in a three decker on Almont Ave. and later a single-family home on Elmire Ave.  He graduated from North High School, class of 1971, furthered his education at Boston College and later enrolled in the New England institute of Embalming and Sanitary Sciences in 1974.

He began owning his own limousine service and working as an apprentice at Manzi Funeral Home. In 1982, Mark left the funeral business and tried his hand at several ventures before moving to Boston in 1984, where he worked as a supervisor in the Security Department of Logan Airport and parttime as a taxpayer representative for the IRS.  He then accepted a fulltime position at the IRS with the Collection Division. He spent ten years there before returning to Worcester to manage Manzi Funeral Home. Over the next ten years  he nurtured and guided the funeral business. Upon the sale and subsequent closing of Manzi funeral home in 2003, Mark began an 18-year career as a valued member, funeral professional and friend at the Mercadante Funeral Home & Chapel, retiring earlier this year.

Mark was an active member and volunteer within the Worcester Community, devoting his spare time to Italian organizations, such as the East Side Improvement Association, Shrewsbury Street Merchants Society, Columbus Day Parade Committee, and Golden Years Association.  He was a member, former Parish Council President, Bishops Fund Chairman, and Our Lady of Sorrows volunteer at Our Lady of Mount Carmel Church. He notably coordinated and served as  chairman of the Annual San Vitaliano and Maria Addolorata celebrations over the years and did so this past September from his sick bed. Mark was also a member and 2007 Achievement Award Recipient of the Worcester Lodge 168, Sons of Italy, Grand Marshal of the Columbus Day parade, member of the Mass Funeral Directors Association, the Italian American Cultural Center, Men’s Biscegliese Society, and many others  too numerous to mention. He was an honorary member of the ITAM Club and Italian American War Veterans Post 3. Mark’s positive influence has had a profound impact in the Worcester Community and will live on for years to come.

Relatives and friends are invited to Calling Hours Wednesday, October 6th from 4 pm to 7 pm in the MERCADANTE FUNERAL HOME & CHAPEL, 370 Plantation St.  His funeral will be celebrated Thursday, October 7, from the funeral home with a procession to All Saints Episcopal Church, Irving St. where his Funeral Service will be held at 11 am.  Entombment will be in St John’s Mausoleum. Members of the Worcester Lodge 168 will meet at 5:30 pm at the funeral home to conduct their ritual.

In lieu of flowers memorial remembrances in Marks name can be made to the Second Chance Animal Shelter, 111 Young Road, East Brookfield, MA 01515.