Former Hudson resident Tim Power has been a professor at Oxford University in England since 2005. He has recently been named as the head of the school’s social science division.

Curators of the Hudson Historical Society Museum welcomed visitors to their museum on Veterans Day. On display is the World War II uniform of U.S. Army Air Corps Pilot Waldo Brigham Jones, which was donated by his family.

The Hudson High School football team, Coach Dan McAnespie, and team staff have enjoyed one of their best seasons ever, with an 8-1 record going into their Nov. 12 game against Bishop Fenwick.

The Hawks are more than ready to take on the Marlborough High Panthers on Thanksgiving morning, Nov. 25, at the Morgan Bowl at 10 a.m. in the annual classic. Tickets are on sale at the gate.

The semi-annual Hudson High School Hall of Fame induction will take place on Friday, Nov. 26 at 11 a.m. at the Hudson Portuguese Club on Port St. The induction of seven modern athletes, two modern teams and three contributors will take place.

Hudson resident, carver, painter and former pharmacist Will Kirkpatrick will talk about his career when he is guest speaker at the meeting of the Hudson Historical Society on Tuesday, Nov. 30 at 7 p.m. at the First Federated Church Hall at 200 Central St.

Kirkpatrick began his career succeeding his father as a pharmacist at the former Wheeler Pharmacy (now Arts & Framing). He progressed to carving Kirkpatrick Decoys Inc., and painting in his Hudson and Boston studios.

Traveling Town Tavern parked in the backyard with a pool table, tent, heaters and fire pit. Pizzas were from the Northborough House of Pizza and birthday cupcakes were from Harvard Sweet Boutique. Bruso’s daughter, Beth, was hostess. Her son, Michael Bruso, flew home from Florida for the occasion. 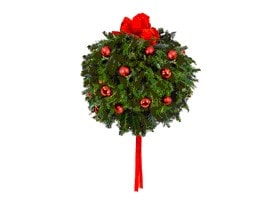 Hudson Boy Scout Troop 2 is selling Christmas wreaths, “kissing balls,” and other balsam favorites and will deliver to your home.

Word has been received of the death of former Hudson resident Richard L. Woodward, 91, at his home in Latham, N.Y. 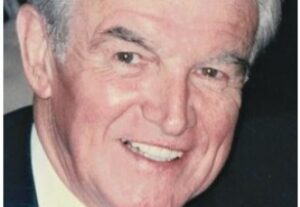 Known as “Dick Wood” in the New York television world, Woodward had a long career in radio and television, where he was prime anchor for WJAR-TV and WTEN-TV in Albany until his retirement in 1991.

He was a 1949 graduate of Hudson High School, a Korean War Army veteran and a graduate of the Leland Powers School in Boston.

He is survived by his wife, Kristin (Jannitto) Woodward, and many relatives, fans and friends.

After a mass on Nov. 10 at Our Lady of the Assumption Church in Latham, he was buried with full military honors at Saratoga National Cemetery in Schuylerville. 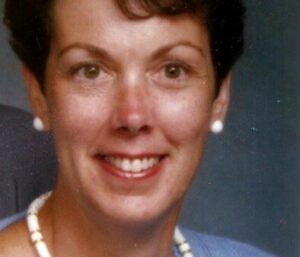 She was a former manager of  the Hudson Municipal Credit Union and a co-owner of Affordable Tax Preparation with her late husband, Paul Boire.

She is survived by her sister, sisters-in-law, nieces and great-nephews. A graveside service was held at St. Michael parish cemetery. Donations in her memory may be made to Hospice Services of Mass., 10 Riverside Drive, Lakeville, MA 02347.

The Christmas Country Fair will take place at Lamson Hall at the First United Methodist Church at the corner of Felton and Pleasant streets on Saturday, Dec. 4 from 9 a.m. to 2 p.m. The fair will include a silent auction, theme baskets, homemade goodies, a Santa visit and other attractions.

The Holiday Stroll will take place in downtown Hudson on Saturday, Dec. 4, from 3 p.m. to 7 p.m., with horse-drawn hayrides, a Santa visit and festive activities in downtown stores.