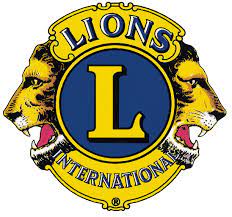 MARLBOROUGH – The Marlborough Lions Club will sponsor its 25th annual Father Daughter Dance at the Best Western Royal Plaza on Thursday, June 16 from 6 p.m. to 8 p.m.

The dance, which will also mark the Lions Club’s 25th anniversary, will be a dance for girls between the ages of 3 and 15 and either their fathers or other important male adults in their lives.

The event is also supported by the Mitrakas family, whose members have provided support and resources for the dance for more than 20 years.

The event will feature music from DJ Vlad and photography opportunities from Paul Smith, as well as raffle prizes. Tickets can be bought at the door for $10 or ahead of time for $7 at Bouvier Pharmacy, Dairy Queen, La Tapatia Taqueria or Main Street Café.

The Lions Club helps raise funds for local and global services like diabetes, disaster relief as well as vision screening through efforts like the Father Daughter Dance.

This event will represent the return of the Lions’ Father Daughter Dance tradition less than a year after organizers had to postpone plans in September of last year.

That decision, organizers said at the time was “due to the Delta variant and its impact on children.”

Organizers added last fall that tickets bought for the initially scheduled Sept. 24, 2021 dance would be honored at their next dance.