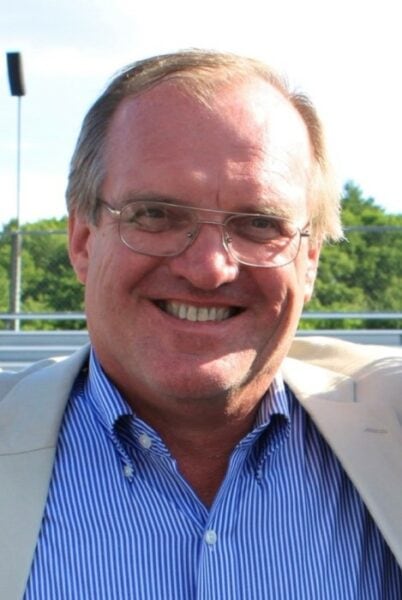 Hudson/Holderness, N.H. – Erik Andresen (64), of Hudson MA and Holderness NH, formerly of Wayland and Weston MA and Oslo, Norway, passed away unexpectedly on August 3rd, 2022 at his home. He was the beloved father of Emily Jeanne Andresen and Paul Erik Andresen, both of Boston, Massachusetts.

Born in Norway, he was the son of the late Fin Ole Andresen and Kari Von Krogh Andresen. After moving to the United States at the age of 10, Erik was raised in Weston Massachusetts. He attended Weston High School and went on to Rensselaer Polytechnic Institute, where he earned a Bachelor of Science degree in Mechanical Engineering and met his future wife, Leslie. Upon his graduation, Erik apprenticed in Germany; he then returned to lead Engineering at Polyclon, a family business. In 1990, he started Polytech Filtration Systems in Hudson, MA, where he served as President until his death.

In addition to his love of classic boats, cars, auto racing and the Grateful Dead, Erik was known as the person who could fix anything (and claimed to always know the best way to do it). In high school, he built a Bradley GT sports car, earning the money to do so by fixing and selling lawnmowers he picked up at the town dump. There was rarely an engine in the Andresen household that wasn’t modified or souped-up. His pride and joy was his 1958 barrel-back mahogany Chris Craft Capri, which he bought and restored when he was 26, and later passed on to his son Paul when he turned 26. He was an avid reader with a passion for all things history; he always said that if he wasn’t an engineer that he would be an archaeologist.

Erik’s happy place to enjoy all these hobbies was at the family house on Squam Lake in Holderness New Hampshire. Erik was a strong believer in conservation and preservation of the natural beauty of the lake. He took great pride in designing a solution to the lake’s invasive milfoil problem, which was then adapted for use on Lake Cochituate in Wayland, MA and is still in use today.

In addition to his cherished children, Erik leaves behind his former wife, Leslie Andresen of Scituate MA, and his sister and brother-in-law Elizabeth and Gary Vigliotti of Deland FL., as well as extended family and friends in the U.S. and Norway. Erik will be remembered by all for his gentle nature, big heart, brilliant mind, clever pranks and “Dad jokes”.

A Memorial Service is planned for mid-August; details and time will be announced in the coming days.

In lieu of flowers, those who wish may make a contribution in Erik’s memory to Squam Lakes Association.