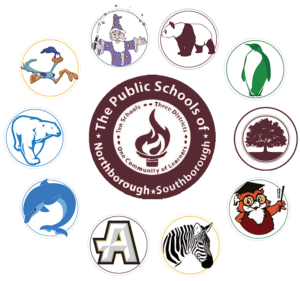 In July, Gov. Charlie Baker signed a one-year extension of School Meals for All for this school year after a federal program expired.

“I highlight that and emphasize that because I hope it will continue infinitely because it does have a significant impact on our ability to focus on the meals that we provide and the students in front of us versus worry about where the collection of money is going to come from,” said Assistant Superintendent of Operations Keith Lavoie during the Sept. 7 Northborough School Committee meeting.

The School Committee members also voiced their support for the continuation of free school lunches.

“The advocacy for this to continue isn’t over,” said member Bryce MacKnight.

He continued, “To our legislators here in Mass., thank you for approving it for a year, but let’s push this thing forward and make it permanent.”

According to Lavoie, lunch will be free for all students at all five Northborough schools. Breakfast will be served at Melican and Proctor once the district can get it up and running.

Lavoie said the district is working on how grab and go would work efficiently, though he said it will begin shortly.

There will be changes for the district on how it serves its lunches. During the pandemic, the district didn’t use its point of sale system. Instead, the staff counted the number of meals that were served for students.

“There was no requirement for that,” Lavoie said.

For students, this means that they will have to know their ID number. The new equipment will not impact the student experience.

“For some, that’s something they haven’t had to do for three years,” Lavoie said.

The district had the students practice this to varying degrees at Northborough schools in the spring, but Lavoie said this year it will be required to account for every student who goes through the line.

The cafeteria managers and principals have been working to communicate these changes to Northborough families.

“The lines are a little slow to start the year, but that’s always the case. But we’re hoping to get into a groove sooner rather than later,” Lavoie said.

A sunny Homecoming at Westborough High