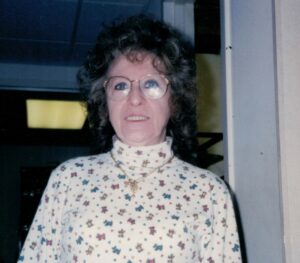 Marlborough – Esther P. Peck, 83 of Marlborough died on Thursday, September 29, 2022 at her home surrounded by her loving family.

Esther was born in Troy, VT, the daughter of the late Alfred and Dorothy (Sanville) Bullis.

Esther is survived by her daughter, Terry Roberts and her fiancé John Taylor of NH, her 2 sons, Ricky Peck and his wife Patricia of Barre, Dale Peck and his wife Amanda of Hudson, 3 grandchildren, Trevor, Lindsay and Madison, 2 sisters, Iona Carter of VT, Connie Rogers of FL and many nieces and nephews.

A private burial will be held at a later date in VT.