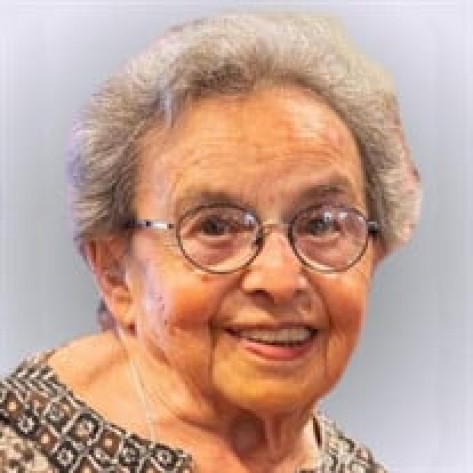 Sonia had a full and varied life. After a comfortable childhood in Swieciany, Poland, her world was transformed in 1939 when the Soviets took control of the town and her father’s business. Her father was sent to a prison camp, and Sonia was deported to Siberia along with her mother and her sister Esther. Exile turned out to be a far better fate than what awaited their relatives in Poland when the Nazis arrived soon afterward, but daily life was a challenge, and her sister’s death from tuberculosis in 1942 was a further shock.

When the war ended in 1945, Sonia and her parents returned to Poland, and two years later they were able to move to Belgium. By this time, she had learned to grow potatoes, make her way through meters-deep snowdrifts, and speak Polish, Yiddish, and Russian, but her real talent and interest was in the sciences. She completed high school and then university in Brussels (learning French along the way), earning her Ph.D. in organic chemistry in 1956.

Her next adventure began with a postdoctoral research fellowship from Harvard at Massachusetts General Hospital in Boston. While there she met Allan Glazer, who introduced her to skiing, hiking in the White Mountains of New Hampshire, and true love. Her planned one-year stay in the U.S. became a permanent move when she and Allan married in 1958. She continued her research career at the Worcester Foundation for Experimental Biology from 1959 to 1961, leaving only when the birth of their first child was imminent.

Living in Shrewsbury, Massachusetts for many years, she and Allan shared their intellectual curiosity and their love of the outdoors with their three children. They were also active in the Worcester Jewish community, and no Jewish holiday was complete without a delicious and lovingly crafted family meal.

As the children grew older, Sonia considered a return to research, but decided that teaching would be a better fit with the family’s schedule. She began teaching chemistry and other sciences at Worcester Academy in 1974, becoming one of the first female instructors at the newly co-ed school. For 23 years she taught, coaxed, encouraged, and inspired her students, some of whom remained in contact with her for the rest of her life. After “retiring” from Worcester Academy in 1998, she continued to share her love of science with students for another 15 years as an adjunct professor at Worcester Polytechnic Institute.

Throughout their lives together, Sonia and Allan enjoyed skiing or hiking whenever possible, and their kids grew up equating “vacation” with “mountains”. Sonia and Allan were able to travel even farther afield after the kids left home, hiking in Norway one year and skiing in New Zealand another. Allan died unexpectedly in 1992, leaving Sonia devastated. Fortunately, the birth of their first grandchild just two months later provided a new focus for her love and energy. The eight additional grandchildren that followed became a highlight of her life, but neither Allan’s death nor her family bonds prevented her from continuing to travel the world, making new friends while she hiked, skied, and explored new cities and continents.

When Sonia’s age and health finally forced her to cut back on physical adventures, she continued to attend classes, read constantly, and enjoy time with friends and family. She moved to Texas in 2021 to be closer to her daughter and get more help with everyday needs. Her world was shrinking, but her drive to hold on to as much independence and life as possible kept her going through repeated health setbacks.

Sonia is survived by her sons and daughters-in-law David and Cathy Glazer and Michael and Nina Neill, her daughter and son-in-law Anita and Lorenzo Sadun, and her grandchildren Rina, Allan, and Jonathan Sadun, Caroline, Emily, and Benjamin Glazer, and Oliver, Clara, and Maisy Neill.

A funeral service for Sonia will be held at 11 a.m. on Wednesday, November 30, at Temple Emanuel Sinai, 661 Salisbury St., Worcester. Burial will follow at B’nai Brith Cemetery in Worcester.

The Funeral Service for Zofia “Sonia” Glazer will be available for live-streaming on Wednesday, November 27 at 11:00AM (and after) via the following link: https://boxcast.tv/view/zofia-sonia-glazer-funeral-axes252x6qhlhysb8m14.

In lieu of flowers or other tokens of affection, the family suggests that you make a donation in Sonia’s memory to either Worcester Academy, c/o Development Office, 81 Providence St., Worcester 01604 (https://www.worcesteracademy.org/support-wa/give-now) or Worcester Polytechnic Institute, 100 Institute Rd., Worcester 01609 ( https://www.wpi.edu/give).

Funeral arrangements are in the care of Richard Perlman of Miles Funeral Home in Holden.