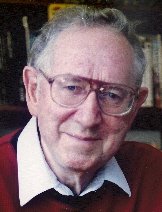 Born in Central Falls, R.I., he was educated in Providence at LaSalle Academy. During the Korean War, he served with the United States Army in the Presidential Honor Guard in Washington, D.C., and in the Second Rocket Field Artillery Battery in Korea. He continued his education after the war and graduated with honors from Brown University in Providence.

Mr. DuPont began his employment with the Telegram & Gazette as a general assignment reporter out of their Uxbridge and Putnam, Conn. offices and retired as bureau chief of the Putnam office.

During his 32 years covering northeastern Connecticut for the T&G, he wrote the weekly human interest column, “Along the Border”; and photographed and wrote cover stories for the T&G's “Sunday Morning Parade” magazine. An August 1963 issue of the Congressional Record carried the entire text of an article he wrote for the T&G because it was key to getting federal funding to build the North Thompson, Conn. dam as part of major flood control for the Quinebaug River valley in northeastern Connecticut, which had suffered severe devastation after the hurricanes of 1954 and 1955.

In 1973, Mr. Dupont was awarded Best Photo, Weather Category, by the United Press International and the Newspaper Editors of New England; and in 1981, the T&G nominated him for New England Master Reporter.

After retiring from the T&G, he continued his “Along the Border” columns in the Webster Times and wrote and published The Wilderness of Stars, a science fiction novella, and Hiccups, a book of short stories with “snappy” endings. In addition to this body of work, he wrote articles and provided photographs for many other publications in Connecticut, Rhode Island and Ohio; served on several Putnam town boards and committees; wrote speeches for two Putnam mayors; and did public relations work for Quinebaug Community College.

Throughout his life, he was an avid photographer and never lost the “photographer's eye.”

He is survived by his loving and beloved second wife, Helen (Smith McElwee) DuPont, whom he met in November 1996 when he answered the ad she had placed in the T&G dating pages. Also surviving him are his three step-daughters and their husbands, Carol McElwee and Bruce Farquhar, Susan McElwee and Hugh Miskelly, and Cynthia and Roger Cascante; four step-grandchildren, William Miskelly, Brittany Miskelly Young, Isadora Cascante and Evan Cascante; one step-great-granddaughter, Sierra Young; one sister and her husband, Jacqueline and Joseph Linder; three brothers and their wives, Jean and Audrey DuPont, Laurent and Denny DuPont, and Gerald and Nancy DuPont; and numerous nieces, nephews, grandnieces and grandnephews. He was preceded in death by his loving and beloved first wife, Sharkey (Gouzigian) DuPont, and by his parents, Thomas and Bertha (Doyon) DuPont.

Calling hours will be held Thursday Feb. 24, from 11 a.m. until 1 p.m., at the Hays Funeral Home, 56 Main St., Northborough. Funeral services will immediately follow at 1 p.m. at the funeral home. Burial will be in the spring at Grove Street Cemetery, Putnam, Conn.