Mrs. Thomas was a lifelong member of the Immaculate Conception Church and a dedicated member of the Marlborough Fish & Game Association. For many years, she ran the Paul Thomas Memorial Dance in November to raise money for gifts for children at the annual Children's Christmas party. She was also an active member of the Disabled Veterans Fishing Derby held at the Fish and Game each year.

She is survived by two daughters, Jeanne M. Miles and Patricia A. Peterson, both of Marlborough; four grandchildren, Timothy Peterson, Michael Ladrie, Paul Ladrie and Meredith Thomas; and four great-grandchildren, Katelyn, Benjamin, Alanna and Maria. She was pre-deceased by a son, William T. Thomas; two brothers, George and Thomas Hogan; and a sister, Marguerite Innes.

Her funeral will be held Friday July 8, at 9 a.m., in the Immaculate Conception Church, 11 Prospect St., Marlborough, with burial at Evergreen Cemetery. Visiting hours at William R. Short & Son Funeral Home, 95 West Main St., will be Thursday July 7, from 4 to 7 p.m. The family requests that memorial contributions be made to the: Marlborough Fish and Game Children's Christmas Party fund, 1 Muddy Lane, Marlborough, MA 01752. 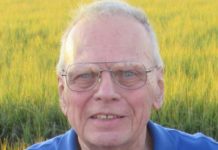