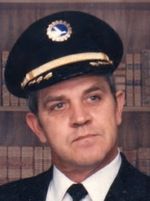 He leaves his loving wife of 47 years, Caroline A. (Hammarstrom) Chumsae; his son, Christopher M. Chumsae of Shrewsbury; two grandsons, Robert and Kyle; five siblings, Joan Kelleher and husband Thomas of Florida, John Chumsae Jr. and Patricia of York, Maine, Virginia Dickman and husband James of New Hampshire, Mark Chumsae and wife Janice, who was an enormous help to Raymond and Caroline, of Shrewsbury; and Richard Chumsae and wife Corrine of Texas; and many nieces, nephews and close friends. He was predeceased by his son, Robert R. Chumsae, who died in 1995, and a brother, Josef Chumsae.

Born and raised in Worcester, a son of the late John and Agnes (Cormier) Chumsae, he had lived in Shrewsbury for 42 years. He graduated from the Worcester Boys Trade School and then served his country proudly with the United States Navy.

Mr. Chumsae began his professional aviation career as a mechanic with Eastern Airlines. He was promoted and became a pilot for Eastern and flew for 28 consecutive years. He later piloted for Trump Airlines and retired from U.S. Airways in 1993.

Relatives and friends are invited to attend visiting hours Monday, Sept. 26, from 4 to 7 p.m., in the Britton-Shrewsbury Funeral Home, 648 Main St., Shrewsbury. Mr. Chumsae's family will gather at the funeral home Tuesday, Sept. 27, at 9 a.m., and then proceed to Saint Anne's Church, 30 Boston Turnpike, Shrewsbury, where his funeral Mass will be celebrated at 10 a.m. Burial with military honors will be in Mountain View Cemetery of Shrewsbury.