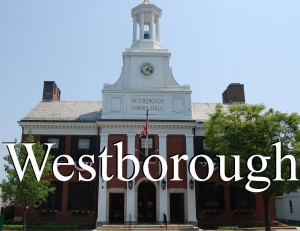 Westborough – What role should a town's citizens play at a Board of Selectmen's meeting? This was the question pondered by the Westborough selectmen at its June 26 meeting. And although the members all agreed that there was indeed a place for the citizens, they disagreed on what the parameters of that involvement should be.

The discussion was put on the June 26 agenda after the June 12 meeting when two residents made lengthy presentations, complete with handouts, to the selectmen during the open forum. Traditionally open forum has been a set five-minute period at the beginning of each meeting for residents or town officials, who are not already on the agenda, to approach the selectmen to discuss things such as a last minute request or to ask for emergency funding transfers.

At the June 12 meeting the selectmen said while they appreciated the two residents coming forth, they would have preferred if the residents had asked to be put on the agenda and/or had sent their supporting materials to the board ahead of time. The board members said that they were unable to address the citizens” comments at that time due to time constraints and being “put on the spot.”

At the June 26 meeting, chair Leigh Emery suggested that for future open forums, the board allow for a 10-minute time frame, with each resident who wishes to speak be allotted three minutes. If there were other residents who wished to speak but were not able to do so because of time constraints they would then be allowed to do so after the remainder of the regular meeting.

Selectman Denny Drewry noted that he did not agree with that proposed policy change.

“We'se not an “open mic” night – we'se here to do the business of the people,” he said. “I like input from the people, but I think it's better to have things on the agenda.”

“If someone goes off on a tangent (during open forum),” he added, “it's like we'se encouraging that. This could open a can of worms.”

“A selectmen's meeting is open to the public, but it is not an open “Town Meeting”,” he said. “If you want to talk about something, it should be on the agenda with the appropriate amount of time allotted.”

Barrette added that he and the other board members held informal meetings with residents “all the time.”

“You can call me, you can email me, I'sl buy you a cup of coffee so we can talk,” he added.

Selectman Tim Dodd agreed that the board made every effort to encourage the residents to reach out to them at any time.

“I always believe and always will that we should encourage public dialogue,” he added.

Selectman Ian Johnson disagreed with his fellow board members on the concept behind open forum.

“Open forum is open forum,” he said. “I think what we'se trying to do tonight is just trying to put a format around it and make it more effective. I's a big proponent of it.”

The board agreed to continue the discussion at its July 17 meeting.