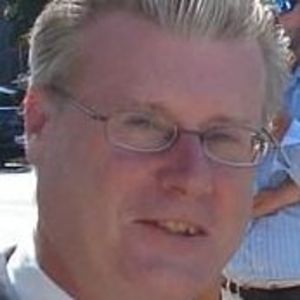 Shrewsbury – Thomas J. McGlynn, of Shrewsbury, died Wednesday, Aug. 22, 2012 in UMass Medical Center after being stricken ill at home on Sunday. He was 55.

Tom was born on January 23, 1957 in Binghamton, New York a son of the late J. Joseph and Elizabeth (Shannahan) McGlynn. He was raised in Binghamton and graduated from Catholic Central High School. He later earned a Bachelor of Science degree with Distinction from Clarkson College of Technology. Tom loved computers and technology and worked in this field for many years. He was working as a Release Engineer for Autonomy, a Hewlett Packard Company in Southborough at the time of his death. Simply stated Tom was a smart guy. He loved his membership in I.E.E.E. and wore it as a badge of honor. I.E.E.E. is the world's largest professional association dedicated to advancing technological innovation and excellence for the benefit of humanity.

We’ve learned in life that where words fail music speaks. Tom had a passion for music and was self-taught with many instruments. His collection of vinyl records was unique, diverse and treasured. He was a talented guy. Crafty and skilled, he loved to work with wood and just as easy came fixing cars and virtually anything else. He enjoyed his memberships in Toastmasters and the Moose Lodges. He enjoyed boating with family and friends on Lake Quinsigamond. Unique, a kind word for anyone or about anything, a genuine listener, never to complain and ready to conquer any challenge sent his way is the way his family describes him.

Tom is rejoined with his parents, his son, Sean McGlynn, and many others who have gone before him.

On December 28, 2001 he married Beverley (MacKinnon) McGlynn. Beverley was an angel who came into his life. They were devoted to each other and to their combined family.

In addition to Beverley, he leaves his son, Trevor McGlynn of Bellingham; his step-sons James Maddison and Paul Maddison and his wife, Megan all of Langley, B.C., Canada, his step-daughter Elizabeth Oikle and her husband Peter of Shrewsbury; his brothers, Daniel McGlynn of Petaluma, California, James McGlynn and his wife, Kathleen Porter, of Quincy and Edward McGlynn and his wife, Valarie, of Canandaigua, New York; his mother in law, Martha (Wyss) MacKinnon of Langley, B.C. Canada; his sister in law Lisa Schievink; brother in law Craig MacKinnon; nephews, Neil, Kevin and Dakota and nieces Molly and Jade; his dog Milton, his cat Lilly, and many good friends.

Family and friends will honor and remember Tom's life by gathering for calling hours at Heald & Chiampa Funeral Directors ~ The Sumner House, 5 Church Road, On the Common, Shrewsbury Center, Friday, August 24, from 4:00 p.m. to 8:00 p.m., and again at 8:45 a.m. on Saturday morning before leaving in procession to Saint Mary's Church, 640 Main Street, Shrewsbury, where his funeral Mass will be celebrated at 10:00 a.m. Burial will be private in Calvary ~ St. Patrick Cemetery, Johnson City, New York.