Seth Mazzaglia, 29, was arraigned via a video connection in the Dover District Court this morning in connection with the death of Westborough native Elizabeth “Lizzi” Marriott. He has been charged with the second degree murder of Marriott, although her body has yet to be found.

Mazzaglia is being held in the Strafford County House of Corrections in Dover.

Lizzi was a 19-year-old student who went missing the evening of Tuesday, Oct. 9 after attending a class at the University of New Hampshire where she was a student.

After an intensive search in the Peirce Island section in Portsmouth, NH over the next three days, authorities called off that search on Saturday morning and announced that Mazzaglia had been arrested in connection with Marriott's death.

Officials said the two knew each other but have not elaborated on their relationship or why he was charged in the murder.

Authorities had to suspend their search for Marriott's body on Sunday due to inclement weather but hoped to resume it today.

According to Mazzaglia's FaceBook page, which has since been taken down, he was a martial arts instructor and aspiring actor who was active in community theater.

Hundreds of people, including her father Robert, mourned Marriott Saturday night at a candlelight vigil held at the Bay State Commons in Westborough.

Robert Marriott spoke briefly to the nearly 500 people who were in attendance, thanking them for their support.

John Smith, the principal of Westborough High School reflected back on his impressions of Lizzi.

“She was a sweet and somewhat shy girl, especially around adults, but always upbeat,” he said. “She took pride in her school work and worked hard.”

Lizzi was also very passionate about music, he added, particularly singing in the school's chorus.

“She took great pride in that and loved participating in the choral arts,” he said.

Smith recalled when Lizzi was “so excited” when she was voted prom queen in her junior year.

“That was such a thrill for her because she would never look for that type of attention,” he said. “So that was a really nice moment for her.”

“She was a very kind and gentle girl,” he added. “That's really how she was.”

The school's administration had a crisis team in place this morning to help students deal with the shock of Lizzi's death, Smith said. Counselors addressed classes at the beginning of the day and a moment of silence was also held.

“The counselors have all been spectacular,” Smith noted. “We really feel it's” important to have a plan in place to help kids” process this.”

Lizzi's younger brother, Robert, is a junior at the school.

“We'sl be here for him as well and support him when he returns,” Smith said.

Students are also being given the opportunity to write personal messages to the Marriott family on large white sheets of paper that were hung in the school's lobby. Those will then be given to the family at an appropriate time, Smith said.

The school will also donate some of the gate receipts from the Friday night, Oct. 26 football game to a fund that has been set up in Marriott's memory.

“The feeling here is definitely one that is quiet and subdued,” Smith said. “But we are all doing the best that we can.”

During this tragic ordeal the media was wonderful with their support and professionalism. They were our friends and allies and kept Lizzi in the thoughts and minds of the investigation during this crisis.

This is the worst parents” nightmare, a missing child and with an unfavorable outcome. Please pray for the dedicated rescue professionals who continue to look for Lizzi. We need them to find her and bring her home.” 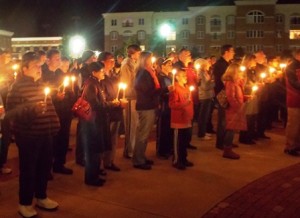 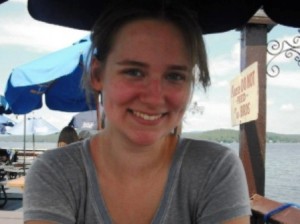