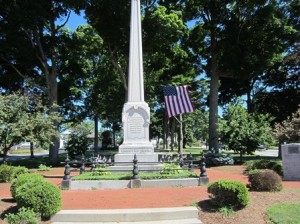 Shrewsbury – Shrewsbury was recently ranked number 15 out of the 50 best places to live in the U.S. for 2013, according to Money magazine.

With a population of just over 36,000 and a median home price of $288,250, Shrewsbury was named one of America's best small towns, based on a thriving economy, green space, good schools and a strong sense of community.

“Shrewsbury offers scenic small-town life with easy access to jobs in Worcester and Boston,” the article noted. “While property taxes increased by 5 percent last year, the town still has one of the lowest rates in the state. The town center is packed with shops and ethnically-diverse restaurants, and more than $8?million worth of renovations are in store for the public library.”*

“For outdoor fun, there are 75?acres of recreation fields and fountains at Dean Park and crew regattas on Lake Quinsigamond,” the article continued.

Community Advocate Editor's note: The library renovations are still in the discussion stage and must first be approved by the town's voters.