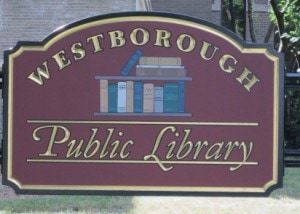 Westborough – Some of the town's oldest historical documents could soon be digitized and added to local and global online databases, it was revealed at the Board of Selectmen's meeting Feb. 11.

Westborough Public Library Director Maureen Ambrosino said the library is working with an archivist to organize and identify the documents in its collection, which include artifacts dating to the town's founding and the warrant for its first town meeting.

“We’ve been told we have a very good collection, but that it needs to be organized,” Ambrosino said.

Some of the digitization could be done at no charge by the Boston Public Library and would then become part of the Digital Commonwealth database.

However, the most sensitive and oldest documents would likely have to be sent to the Northeast Document Center in Andover. Ambrosino said she would likely return to the board in the future to seek capital funding for the digitization project.

In other business, the selectmen:

– Voted 5-0 to approve a site plan for CarMax to build a used car showroom on the former Rotary Club golf driving range on the eastbound side of Route 9. The proponents have said they hoped to begin construction on the 57,000-square-foot showroom at 170 Turnpike Rd. sometime in 2015.

– Heard from the Council on Aging and the Historic Commission, two agencies whose requested budgets were reduced by Town Manager Jim Malloy. Council on Aging Executive Director Alma DeManche asked the board to support funding to keep a senior outreach position in place while the Historic Commission made its case for funding to keep its office open to the public for more hours.

– Appointed Mary Anne Bryant to the Taxation Aid Committee. Bryant and Fran Sowa had applied for a single vacancy on the recently formed committee.

– Accepted the donation of a small parcel of land off Otis Street. The land, valued at $2,200, has no frontage and will remain under the care of the Conservation Commission.

Colonero retires from SALMON Health and Retirement in Westborough