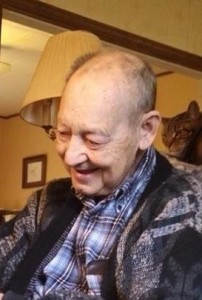 Hudson – Robert E. Donaldson, 81, a lifelong resiHudson, died Wednesday, May 14, 2014 at The Reservoir Center for Health and Rehabilitation in Marlborough, surrounded by his loving family. He is survived by his wife of 61 years, Wanda M. (Andziulewicz) Donaldson of Hudson.

Robert was born in Marlborough, son of the late Charles and Cora (Barrows) Donaldson. He was raised in Hudson, where he attended local schools and was a 1950 graduate of Hudson High School.

He was employed as an electronic technician for many years by Datamatrics-Gould of Wilmington until his retirement. He was a member of Saint Michael's Parish in Hudson.

Robert was an avid Red Sox fan and in his spare time enjoyed spending time on his computer. He always looked forward to being with his family whom he loved and cherished. They will surely miss him.