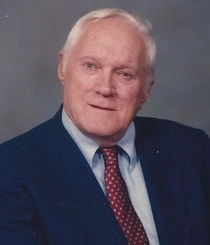 Westborough – Thomas B. Fryer Jr., 88, passed away peacefully Wednesday, July 2, 2014 at Kindred Transitional Care and Rehabilitation. He was the husband of Nellie L. (Ruksnaitis) Fryer. His first wife, Madeline (Kavanaugh) Fryer, passed away in 1986.

Born in Worcester, he was the son of the late Thomas and Mary Ellen (Lebeau) Fryer. He was educated in Westborough schools and was a 1943 graduate of Westborough High School. He also graduated from Northeastern University.

He was employed as a civil engineer for the Massachusetts Department of Public Works. In later years, he became the manager of the Westborough DPW prior to his retirement.

Tom was a communicant of St. Luke the Evangelist Church, a member of the Society of Professional Engineers, and a former member of Knights of Columbus. He enjoyed carving, painting, and woodworking.

In lieu of flowers, donations in his memory may be made to the Injured Marine Semper Fi Fund, 825 College Blvd., Suite 102, PMB 609, Oceanside, CA 92057 or at www.semperfifund.org/donate/.