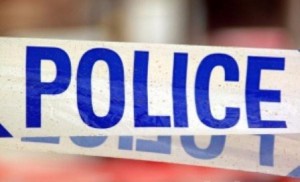 Shrewsbury – The Shrewsbury Police Department has released a statement about an arrest made in connection with a home invasion that occurred this morning:

On Thursday, September 17th, 2015 at 12:08 A.M. the Shrewsbury Police responded to 46 Walnut St. for a reported home invasion in progress. The victims reported and unknown male with a mask and handgun had forced his way into the home and assaulted the homeowner and threatened to shoot him. Both victims managed to escape and the suspect fled. Shrewsbury Police Officer Paul Alward who was responding to the scene discovered the suspect a short distance from the scene of the crime. The suspect was in possession of a mask and a short distance away the handgun was discovered. Also one of the victims cell phone was discovered a short distance from the scene of the arrest. Suspect was arrested and charged with: