Panel members clearly agreed on three points: no one is untouched by this epidemic; opioid addiction is a disease; and the solution is treatment, not incarceration. 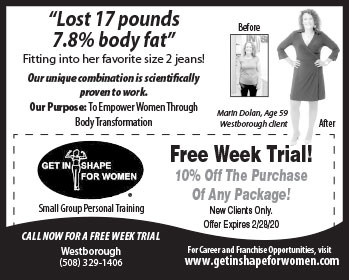 Robert Pezzella, safety liaison officer for the Worcester Public Schools, moderated the eight-person panel, which was preceded by 13 resource tables. The panel included the district attorney, local police officers, a drug treatment specialist, a doctor, a young man in recovery, a parent of an addict and a state representative.

Held in the big performance hall at Algonquin, about 200 people were in attendance, with only a few students since it was midterms.

Northborough/Southborough Superintendent Christine Johnson said, “This is the beginning of the conversation, not the end…. We should form our own task force within our community.”

Early kicked off the discussion with several startling statistics. He said that five suspected unintentional opioid deaths have already occurred this year in Worcester County. Almost all die alone and are discovered by a loved one.

“It is so sad that it is incomprehensible,” he said.

According to Early, every day 2,500 teens use prescription pills to get high for the first time. The U.S. uses 80 percent of the opioids in the world. Heroin is cheap. Fentanyl is 50 times stronger than heroin, which it is sometimes mixed with. Since Fentanyl suppresses the respiratory system so quickly, the anti-overdose drug Narcan is of no use.

Early spoke about the Good Samaritan Law: if someone witnesses an overdose, they should call the police. They will not be prosecuted.

Panel member Southborough Police Chief Kenneth Paulhus said that there have been two heroin deaths and six overdose saves with Narcan since he joined the force in Southborough two years ago.

“We had an overdose in the Walgreen’s parking lot on Route 9… We’ve seen that (opioid abuse) doesn’t have a zip code,” Paulhus said.

Northborough Lieutenant William Lyver, also a panel member, has seen an unprecedented change in Northborough. He has been in law enforcement for 35 years. Along with three overdose deaths in town, he has seen an increase in shoplifting, property crimes, and domestic violence calls.

“For years shoplifters were trying to put food on the table,” Lyver said. “Now they are selling what they are stealing to get money to get drugs.

“We are not going to arrest our way out of this… We are going after the suppliers not the users,” he added.

Paulhus echoed Lyver’s comments about the dramatic increase in crime.

“We’re seeing theft within the family,” he said. “When the family is reluctant to prosecute, the person goes out into the community.”

Panel member Joey Cameron of the recovery community said that when he was a student at Algonquin in 2003 and 2004, “we knew every kid who was having their wisdom teeth out and got their Percocet. We were breaking them up and sniffing.”

Chandler, who was in the audience, commented, “There isn’t a neighborhood that has not been touched by substance abuse.”

Massachusetts Department of Public Health statistics on unintentional opioid-related deaths are available through 2014. Recent Northborough and Southborough statistics are not yet recorded.

Panel member Charles Faris, Spectrum Health System’s chief executive officer, who has been in the drug treatment field for 46 years, has seen dramatic changes at Spectrum in the past 10 to 15 years.

“There is a shift to much more suburban, middle and upper middle class 18- to 26-year-olds, and more Caucasians,” he said, adding that more young people are dying from overdoses than car accidents.

Faris sees more recognition that addiction is a disease, not a moral shortcoming, comparing it to diabetes.

“This is really a chronic relapsing disease,” he noted. “We need to teach people how to manage their disease with behavioral lifestyle changes.”

Early mentioned in his opening remarks that researchers are close to identifying a gene for addiction.

“There isn’t time to waste… We need to be ready,” he said.

The stigma of addiction seems to be waning, based on comments by presenters.

Audience member Diane Trembly, a parent of a junior at Algonquin said, “It’s a difficult issue unless you have a personal connection. It’s easy to be less than tolerant. I’m hoping that I can learn more and be more understanding so that I can be empathetic.”

Cameron said that his parents did everything they could do to help him, but nothing worked until he reached “the gift of desperation.” Cameron had to move away to get better, eventually relocating in Florida where he embraced Alcoholics Anonymous rather than Narcotics Anonymous, and found his purpose: working in treatment.

Andrew, 22, who has been in residence at Spectrum for the past five months, said, “I hit rock bottom before I could accept help. Now I am learning how to live.”

Panel member Mike Boyd is a member of Learn to Cope, a support group started by parents for families dealing with opioid addiction. He was a 33-year veteran in law enforcement when his son became addicted.

“I was dying along with my son but I didn’t know it,” he said. “I got the help I needed to help my son and keep my son alive.”

His son has just opened a sober living house.

There is hope, which was communicated by Dr. Martin, who said that he has been taking care of people in recovery for years.

“This is not something that came overnight and is not going to be solved by an individual,” remarked Rep. Dykema. “The governor has highlighted getting rid of the stigma about talking about addiction…. [There is] movement away from the criminalization of addiction to treatment.”

She spoke about many legislative issues, including the state’s mandate passed in 2014 that requires insurance companies to pay for 14 days of in-patient care treatment for drug addiction.

Dykema also mentioned a recently passed bill that requires emergency rooms, within 24 hours of admission, to conduct a substance abuse evaluation with treatment recommendations for overdose.

She also mentioned that on the morning of the panel, the section 35 state law was changed so that women whose families opt for civil commitment due to mental illness or drug addiction will no longer be sent to Mass. Correctional Institution – Framingham when no treatment beds are available. They will be sent for treatment.

Prior to the panel there were resource tables from several organizations, including: 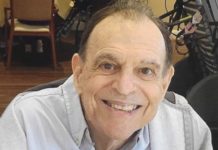