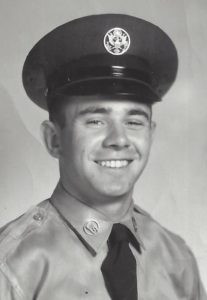 Joseph was born May 30, 1938 in Galway, Ireland, a son of the late Mary (King) and Mark O’Connor. He served in the United States Air Force during the Vietnam war with his military service sending him to Chicago, Ala., among other places across the country.

He lived in Massachusetts for many years, having lived near Boston while he worked as a boiler engineer for the city’s Housing Authority. He also worked for the Grafton State Hospital and New England Power Service.

Away from work, you might have found him at Castle Island, which he always loved and even recently, despite his health struggles, took a bus trip to Logan Airport in Boston so he could be in the city and take in the arriving and departing planes.

Funeral services for Joe were private at his family’s convenience. To share a memory of Joe or leave a message of sympathy with his family, visit www.RoneyFuneralHome.com.