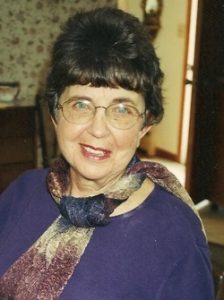 Doris was born in Worcester, daughter of the late Theodore A. and Doris E. (Moore) Barbieri.

Doris is survived by two granddaughters, Alicia Figueiredo, her husband Paulo, and their son, Doris’ great-grandson, Zachary, and Nicole M. Thompson of Millbury; nephews and nieces; and her companion Leo.

She grew up in Worcester and graduated from Commerce High School in 1952. She later graduated as a Registered Nurse from Worcester City Hospital School in Nursing in 1955. She spent many years working in the medical field throughout the area, including The Masonic Home and as a private duty nurse. Doris later earned her Bachelor’s Degree from Clark University and then proceeded to earn Master of Science Degree in Nursing from Anna Maria College.

She later became a Nursing Instructor at Worcester Technical Institute, before retiring in 1993. Doris formed many special relationships with her patients and students over the years.

Doris was an avid traveler, exploring many places and her genealogy. She was an animal lover, enjoyed writing poems, and was an avid New England sports fan. She cherished being a mother and grandmother and had a strong faith in God that helped her through difficult times.

In lieu of flowers, donations in her memory may be made to Saint Anne’s Church, Human Services, 130 Boston Tpke., Shrewsbury, MA 01545.