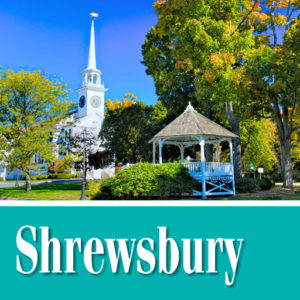 If enacted, Senate Bill 731, “An Act relative to affordable housing in the town of Shrewsbury,” would classify manufactured homes in Shrewsbury as low- or moderate-income housing, as defined by Chapter 40B of the General Laws. The legislation requires that a manufactured home be situated on the same parcel of land for at least 20 years before it is eligible to be considered as part of the affordable housing inventory.

“I am proud to support this legislation which was filed at the request of the town of Shrewsbury,” said Moore. “The Massachusetts Comprehensive Permit Act, also known as Chapter 40B, requires the production of affordable housing in all communities throughout our commonwealth. This bill would simply amend the existing law to enable the town to classify manufactured homes as affordable housing for 40B purposes.”

“The town of Shrewsbury is proactive in trying to achieve 10 percent affordable housing in the community with a Department of Housing and Community Development approved Housing Production Plan and a local Inclusionary Housing Bylaw,” said Assistant Town Manager Kristen Las. “If this bill is passed, the existing manufactured homes would be added to the Subsidized Housing Inventory bringing the total number of affordable housing units closer to 10 percent and achieving some of the action items in the Housing Production Plan.”

Under the Joint Rules of the Legislature, the Joint Committee on Housing must issue a report and recommendation on the legislation no later than Wednesday, Feb. 7. To continue tracking the bill, S.731, visit the Legislature’s website, www.malegislature.gov.