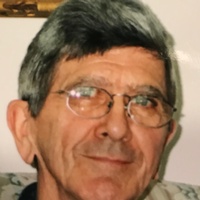 Shrewsbury – Donald J. MacMaster, of Shrewsbury, originally of Nova Scotia, passed away, surrounded by his loving family, Sept. 10, 2018. He was 81.

Donald was born June 21, 1937 in Judique, Nova Scotia, the son of the late Hugh MacMaster and Catherine MacInnis.

Donald had been married to Mary MacMaster (MacEachern) for 55 years, and was the proud Father of Paul of Hudson, Susan of Marlborough, and Donald and his wife Tina of Holden. He had three wonderful grandchildren, Kayleigh, Alexis and Matthew, all of Holden, and all who he adored more than can be said, and beloved nieces Angela (and Richard) MacDonald, Donna (and Robert) MacLellan, Sheila (and Brent) MacDonald and nephews Brian (and Mary Anne) MacIntyre and Glenn (and Carol) MacIntyre, all of Canada. Donald was predeceased by his parents, loving sister Mary Jane (Jean), and his loyal canine friend, Mandy.

Donald worked for the MBTA for 26 years, retiring in 1999. He was a loving husband, father, father-in-law, and grandfather, and was dearly loved by his family. His enormous heart was rivaled only by his enormous wit which was a constant source of enjoyment to all who spent time with him. He loved spending winters in Florida with Mary and many family and friends, was an avid fan of NHL hockey, and loved rooting for the Red Sox and Patriots.

A Mass of Remembrance will be held Saturday, Sept. 22, at 10 a.m., at Saint Mary’s Church, 114 Princeton St., Jefferson. A funeral Mass and burial at St. Andrew’s in Judique, Nova Scotia, Canada will be at a later date.

Donations in his honor can be made to the American Cancer Society and the Cemetery Fund in Judique.