Part one of a two part series on the historic 156 Pleasant St., Northborough home 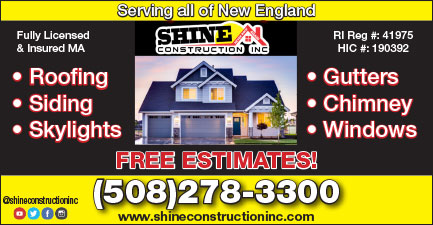 Northborough – The historic farm house that was recently demolished at 156 Pleasant Street has a long history as a farm owned by many well known Northborough ancestors with family names such as Fay, Hastings, Ball, Maynard, Bartlett and Allen. It was built in 1738 and was one of the very few pre -1750 homes still standing in Northborough today. We were very fortunate that Sanford (Sandy) and Betty Russell, the last owners, investigated the history of this property.  Betty presented their results at a Northborough Historical Society Program in 1986. Nearly all of the information in this article was taken from a transcript of the program that she donated to the Northborough Historical Society.

The original landowner was Gershom Fay. Gershom was one of the earliest settlers and a large land owner in what was at the time part of Marlborough. His wife Mary Brigham Fay was a key figure in the Indian attack where Mary Goodnow was killed in 1707.  In 1738 Gershom deeded 56 acres to his son Timothy Fay. That year Timothy married Lydia Tomlin and built their home on what was to become 156 Pleasant Street. Timothy served the town in many capacities, such as selectman, town clerk, treasurer and assessor. During the Revolutionary War, he served on the Committee of Correspondence and fought at the battle of Bunker Hill when he was 60 years old. He lived in the house until 1802. The farm then passed to his grandson Henry Hastings. Henry’s mother was Mary Fay Hastings, Timothy’s daughter.  For many years this was referred as the “Hastings Estate” or “Hastings Farm”.  Mr. Hastings enlarged his land to 140 acres.  He was active in the community, serving several terms as selectman.  He died in 1852. The property was sold at auction in 1830.

Dr. Stephen Ball, Jr. purchased the property at auction. Although he owned the property, it appears Hezekiah Hastings, the eldest son of Henry Hastings, continued to live there.  Dr. Ball was a well-known physician and the son of another physician. In addition to his medical practice, he set up an apothecary business and trained others in the field, owned a shoe business, a millinery business, had farming interest and a grist mill.  Dr. Ball sold the property in 1850.

After Dr. Ball, the property was jointly owned by Lyman Maynard and Ashley Bartlett. Ashley was the son of Deacon Bartlett and Thankful Fay. Ashley served several terms as a town assessor.  Ashley and Lyman started selling off sections of the property in the mid 1850s. By 1854 Ashley Bartlett fully owned the land where the house is located and lived there.  He deeded the property to his son, Charles C. Bartlett, in 1865. According to the 1870 census, Charles Bartlett lived in the house with his three children and his mother.  Charles owned a shoe stiffening factory.  The property was sold in 1871 to Silas Allen and his wife Louisa Fay, keeping it in the Fay family.

Silas Allen was a blacksmith and farmer, who would work in a small workshop on the second  floor of the house.  This room existed until the recent demolition and contained several pieces of antique wood working tools and benches (see photo). When Silas died in 1873, his wife inherited the farm which was run by their son Walter.  When Louisa died in 1889, her estate was divided among her heirs.

Part two of this article will appear in the March 3, 2020 issue of the Community Advocate.