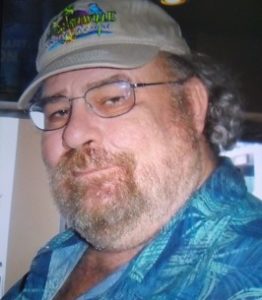 Northborough – Richard A. Peper, 63, a longtime resident of Northborough, passed away on Monday, April 13, 2020, at the Milford Regional Medical Center.

Richard was the son of the late Arthur D. and Elizabeth R. (Chirgwin) Peper and the younger brother to Carol A. Peper of White River Junction, Vermont. Richard spent his younger years in Randolph, VT. He graduated from Randolph Union H.S. Class of 1975 prior to earning his degree in broadcasting at the former Grahm Junior College, Boston.

Richard worked in the engineering departments of many Boston based television stations. Most recently he was Chief Engineer at WUTF in Hudson. His dedicated work ethic helped to keep the stations on the air.

With an enjoyment for music and as an avid lifelong parrot-head, Richard found time to catch Jimmy Buffet in concert no less than 30 times. He looked forward to his vacations in Ft. Lauderdale where he immersed himself in the local music scene. Richard also found relaxation summering on his cabin cruiser which he kept moored at Bass River Marina in West Dennis, Cape Cod.

There are no public services planned at this time. Please consider making a contribution in Richard’s memory to the American Cancer Society (www.cancer.org).  The next time you hear a Buffet song, think of Richard and pay it forward with an act of kindness to a stranger.