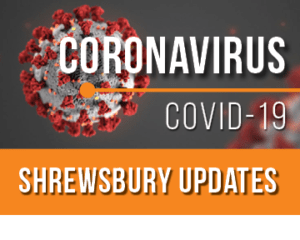 Shrewsbury- Residents were cautiously relieved when it was reported there were no new cases of COVID-19 reported over the weekend of April 18-19. That reaction soon turned to dismay when it was determined that there were actually 25 cases “recovered” from the state database.

According to a press release issued on April 22 from Town Manager Kevin Mizikar ‘s office,  “The town was informed via a MAVEN (statewide database for communicable disease surveillance) conference call yesterday that there was a system error in the system over the weekend.”

The release noted that due to the volume of cases, some cases appeared to “disappear between workflows” in the system but that the Mass. Dept. of Public Health was working to rectify the situation.

Mizikar’s office will update the public each day at 4:30 p.m. with any new developments or changes in town operations including confirmed cases of COVID-19.