Shrewsbury – Robert “Bob” Leach has found a fun way to help bring some happiness to others in a very unique way during this pandemic – by hosting musical performances on the front lawn of his Prospect Street home.

The idea evolved after Leach, a retired bus driver, and his wife, were “put in a pandemic “time-out” by their adult children, he said. He added that he felt the need to connect with people again so when the weather improved he went outside, sat in his front yard and started waving to people. 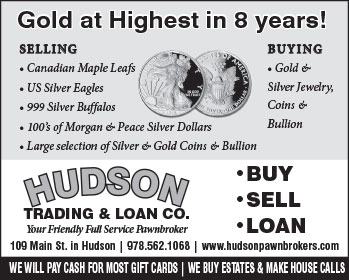 “I’m a people person. When this whole thing happened I realized that I didn’t want to just sit in my house, in my sweatpants all day. I needed to get out and see people,” he explained.

“When I’m sitting outside I have time to think and I thought ‘Wouldn’t it be nice to have Elvis Presley come here?’”

So, over the Memorial Day weekend, he hosted an Elvis tribute performer who became the talk of the neighborhood and garnered much discussion on social media.

On May 31 he then hosted an afternoon of jazz with saxophonist Eric Bakken, a junior at Shrewsbury High School and member of the school’s Jazz Band.  He was accompanied by his friend Marcus Brown on trombone. Brown is going to be a sophomore at the University of Mass – Lowell in the fall.

The duo performed pieces inspired by renowned jazz musician Dave Brubeck and Bakken played some of his own compositions. At one point, Leach joined in – in jest – to accompany them.

“They are both really nice young men,” Leach said.

There were many who stopped to listen while out for a walk; people driving by honked their horns and friends stopped by with chairs to sit for a while and enjoy a stellar afternoon of sunshine and music.

“We encouraged people to come and bring their own chair, mask and sit socially distant.  We do this for friends, family and passersby,” Leach remarked. “The whole reason to do this is to make people smile in these terrible times.”

“I have met more people in social isolation than I would normally meet since I retired,” he added.

Leach said that as long as people come to enjoy the music he will be there. He is keeping his eyes and ears open for future acts.