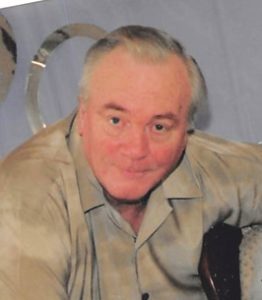 Shrewsbury – Robert W. Hallock, 76, a longtime resident of Shrewsbury, passed away at the UMASS Memorial Medical Center’s University Campus on September 12, 2020. He was the beloved husband of 32 years to Sandra M. (Simons) Hallock.

Bob was born in Hampstead, Long Island, NY and raised in Shrewsbury and Holden, a son to the late Robert P. and Mary H. (McCord) Hallock. He graduated from Kimball Union Academy in 1962 and in 1964, enlisted in the U.S. Air Force. After his honorable service Bob enrolled at Clark University, earning his B.S. in Business in 1964. With a strong work ethic and a sharp skill-set of finance and insurance knowledge, Bob found success in several managerial positions, notably as a branch manager for the Worcester County Nat. Bank, SBA disaster loan officer, senior financial analyst at Digital Equipment, and corporate credit manager for Phalo Corp. He was most proud of managing his own insurance company in Shrewsbury for over 30 years, Hallock and Associates.

With a strong desire to serve for the greater benefit of others, Bob served on numerous advisory boards and board of directors including the Community Health Link of Worcester, Worcester Area Mission Society, and the Heart Fund of both the City of Fitchburg and of Worcester, and the Worcester Ecotarium. He was a member of the Athelstan Masonic Lodge, a longtime active member of the Shrewsbury Congregational Church and past past-president of its outreach committee. He enjoyed traveling through Europe, Canada and summering in Cape Cod.

Besides his wife Sandra, Bob is survived by a son, John Hallock of Chicago; a daughter, Megan Hallock of Boston; two step-sons, Kent Fenneuff of Burnham, ME and Robert Fenneuff of Plymouth, MI; two step-daughters, Diane Hadley of Danielson, CT and Michelle Coppolino of Northborough; eight grandchildren, 3 great-grandchildren, nieces and nephews. Bob also leaves a brother, David Hallock of Shrewsbury and a sister, Diane Robbins and her husband Bill of Sunapee, NH.

Calling hours will be held from 4-6PM on Tuesday, September 15, at Hays Funeral Home, 56 Main Street, Northborough. A graveside service with Military Honors will be held at 10AM on Wednesday, September 16 in Mountain View Cemetery, Boylston Road, Shrewsbury. Services will be following current Covid-19 guidelines. Memorial contributions in Bob’s name may be made to the Worcester Area Mission Society, 6 Institute Rd, Worcester, MA 01609 (www.wamsworks.org).