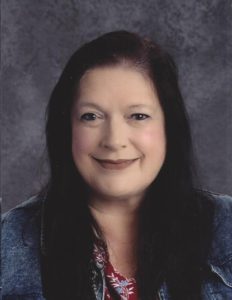 Hudson – Rosemary (Medeiros) Prater, 56, of Hudson, MA, passed away peacefully at home surrounded by her beloved family, on Thursday, September 10, 2020, when her 20 year battle with cancer came to an end. She leaves her beloved husband of 33 years, Robert D. Prater.

Rosemary was born in Waltham, MA on April 16, 1964, one of 5 children of William and Lorraine (Frechette) Medeiros. She was raised in Hudson, MA, where she was a lifelong resident and a graduate of Hudson Catholic High School Class of 1982. She went on to earn her bachelor’s degree from Fitchburg State University and a Master’s in Education with a Concentration in STEM from Framingham State University. She subsequently began her career as a 5th grade teacher at Ashland Public Schools, where she taught for many years. Rosemary was also a lifelong member of Saint Michael Parish in Hudson.

In addition to her beloved husband, Robert D. Prater, she is also survived by her children, Meaghen J. Colpitts and her husband Joshua of Hudson, granddaughter, Aerolyn Colpitts, Bobby W. Prater and his companion Jessica Smith of Worcester, U.S. Army Spc. James T. Prater and his companion Danielle Ball of Hudson, Emily R. Prater of Hudson, and bonus daughter Raven R. Bigeau and her companion Graham Benway of Hudson; her parents, William and Lorraine (Frechette) Medeiros; her 4 siblings, William Medeiros and his wife Carla, Suzanne Hall and her husband Kevin, Joseph Medeiros and his wife Heather and Elaine Sullivan and her husband Mark and many nieces and nephews.

Relatives and friends are invited to a period of visitation from 4pm until 7pm on Tuesday, September 15, 2020 at TIGHE HAMILTON REGIONAL FUNERAL HOME, 50 Central St., Hudson, MA. A Mass of Christian Burial will be celebrated at 9am on Wednesday, September 16, 2020 at Saint Michael Parish, 21 Manning St. Hudson, MA. Interment will be private at a later time.

In lieu of flowers, memorial contributions may be made to St Jude’s Children’s Research Hospital.