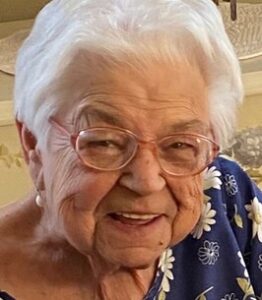 Northborough – Carol A. (Beall) Ahlman, 82, died Sunday, October 17, at home, with family around her.

She leaves her four children: Arthur Ahlman and his wife Dorothy, of Hampton Beach, NH; Michael Ahlman and his wife Lisa, of Halifax, MA; Debra Bennett, of Whitinsville; and Diane Ahlman and her partner Marcia Maia, of Woburn; 8 grandchildren: Nicholas, Jessica (and fiancée Casey), Brennan (and wife Sarah), Tyler (and fiancée Kara), Kelsey (and husband Nathaniel), Codi, Olivia, and Nicole; and 3 great grandchildren: Camryn, Jackson, and Cooper. She was predeceased by her siblings Edward, Barbara, Clara, and Maureen, and by her husband, Arthur Ahlman, Jr., in 1974.

Born August 27, 1939 in Washington D.C. to Herbert and Marie (Diamond) Beall, Carol grew up in Fairfax, VA until high school, when her family moved to Waltham. After graduation, she attended Framingham State College and earned a degree in Early Childhood Education. After marriage, Carol and Arthur moved to Northborough to raise their family. When she became widowed at a young age, she went to work as a secretary at the Stuart Chase Corporation, in Mendon. She eventually purchased the business–later being honored as a president of corporation by the state of Massachusetts for being an early female business-owner–and manufactured and sold imprinted goods to funeral homes locally and across the country, until she retired in 2006.

Carol enjoyed gardening and Sudoku puzzles, was an avid reader and loved mysteries, and found great joy in attending all of her grandchildren’s events and activities. She was also the first female director for the North Star Youth Hockey board of directors when her children were young. She loved spending time with her family and was a long-time member of Saint Rose of Lima Parish.

A Funeral Mass will be held Thursday, October 21, at 11 a.m. at Saint Rose of Lima Church, in Northborough. Calling Hours will precede the Mass at Hays Funeral Home, 56 Main Street, Northborough from 9-10:30. a.m. Burial will be in Calvary Cemetery, Waltham, following the Funeral Mass.

In lieu of flowers, memorial donations may be made to St. Jude Children’s Research Hospital, 501 St. Jude Place, Memphis, TN 38105.