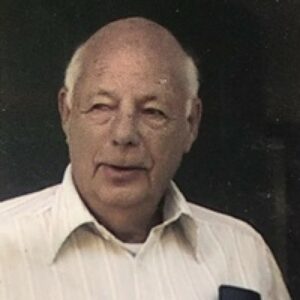 Northborough – Wilbur A. “Bud” Sheldon, 93 of Northborough, passed away peacefully in his sleep on December 17, 2021.

Bud was born on April 28, 1928 to Olive (Carter) Sheldon in Wilmington shortly after the death of his father, Wilbur Sheldon, who was tragically killed while fighting a fire while in service to their community. After graduating from Wilmington High as valedictorian and a four-year letterman in football, basketball and baseball, Bud served his country in the U.S. Army where he made the rank of sergeant. He went on to study Business Administration at Boston University where he received his degree. In 1949 he was married to his wife of 72 years, Sally N. (Saville) Sheldon, going on to have four children. Stephen A., Donald F., Barry C., and Brian D. Sheldon, and settling in Concord.

Bud was active in town affairs and a supporter of Concord Little League, where he volunteered countless years as coach.

After retirement, Wilbur and Sally moved to East Dennis. While there, he enjoyed many years hosting his growing family on Cape Cod. Bud was active in the local Senior Center where he often volunteered his time to help promote the quality of life for the town’s senior residents. Bud and Sally recently moved to Northborough to be closer to family.

In addition to his wife and sons, Wilbur is survived by his eight grandchildren, Sarah, Scott, Geoffry, Robert, Lauren, Colleen, Michael, and Isabella, and four great-grandchildren, Oliver, Jackie, Caroline and Elsie.