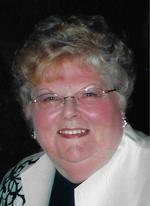 She leaves her children, Michelle Hashem and her husband, Michael, of Worcester, William Terrien Jr. and his wife, Michele, of Auburn, Cynthia LaRoche and her husband, Barry, of Fitchburg; Stephen Terrien and his wife, Jill, of Rochdale, and Beth Chenevert and her husband, David, of Jefferson; her five grandchildren, Sean Hashem of Worcester, Brandon Terrien of Auburn, Zachery and Hailey Terrien of Rochdale, and Victoria Chenevert of Jefferson; four great-grandchildren, Spencer, Mathew, Brady, and Bella LaRoche; her brother, Arthur Remillard Jr. of Boca Raton, Fla.; Jacqueline Ericson of West Harwich and James Remillard of Framingham; many nieces and nephews; and five step-children. She was the grandmother of the late Cierra Lussier Terrien.

Born in Worcester, daughter of the late Arthur and Julia (Dion) Remillard, she was educated at Our Lady of the Ascension School in Worcester.

Mrs. Plante was the assistant office manager at St. Johnsbury Trucking Co for many years. She had previously worked at WCIS Bank.

She loved to read, shop and travel. Most of all, she cherished the time she spent with her family and friends.

A visitation will be held Friday, March 23, from 4 to 7 p.m., at the Britton-Wallace Funeral Home, 91 Central St., Auburn. Funeral services will be held Saturday, March 24, at 10 a.m., at Saint Joseph's Church, 189 Oxford Street North, Auburn, with burial at Hillside Cemetery of Auburn.