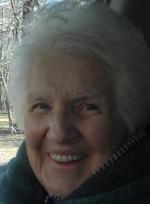 Rose Marie is survived by her loving husband of 62 years, Peter U. DeCenzo, and was the daughter of the late Gertrude (Clancy) and Ralph B. Tanner Sr. of Marlborough. She was born in West Palm Beach, Florida, and grew up on French Hill in Marlborough with her five siblings and extended family. Her siblings, Ralph Jr., Dorothy Murray, Charles, Marjorie Coleman, and John, have all predeceased her.

Rose Marie was a loving and faithful mother to 12 adoring children, David P. of Pueblo, Colorado; James M. (deceased 1994); John B. of Londonderry, N.H.; Kathleen M. of Hudson; Patricia A. and her husband, Scott, Szymkiewicz of West Boylston; Rosemary Ramsey of West Boylston; Kevin T. of Marlborough; Jeanne M. and her wife, Bridget Gilleney-DeCenzo of Worcester; Anne M. and her husband, Robert Connoni Jr., of Holliston; Karen E. of Hopkinton; Maureen T. and her husband, John Fulghum, of Nahant; and Nancy J. and her husband, Rocky, Zina of Hudson. She was also a loving grandmother to Vincent and Theodore DeCenzo; Rebecca DeCenzo; James, Jesse, and? Sara (Yost) Kaminski; Shannon and Chelsea Szymkiewicz; Kaitlyn and Morgan Ramsey; Jessica, Jennifer, Julie Anne, Chelsea, and James DeCenzo; Olivia and Mariel Fulghum; and Robert and Liam Zina. Rose Marie also had the joy of welcoming great-grandchildren into this world, James, Mackenzie and Brady Kaminski; Emma, Grace, and Madelyn Kaminski; Guilamina (Lily) Yost; and Jacob and Jesse Roy (DeCenzo). Rose Marie also leaves behind numerous nieces and nephews, as well as many close friends.

She was a graduate of the Immaculate Conception School and St. Anne's Academy in Marlborough. She was a member of the first graduating class of Anna Maria College in Paxton, earning a B.A. in Biology in 1950. She opted to stay home and raise her family until the youngest was off to school and then worked in social services for almost 20 years at the Office For Children and Massachusetts Department of Mental Health. During this time, she managed to earn a B.A. in Psychology from Framingham State College in 1982 and an M.B.A from Anna Maria College in 1986.

In addition to raising her large family, Rose Marie was a lifelong advocate and pioneer for providing quality education and community services for the handicapped and mentally disabled community. In the 1960s, after the birth of her daughter, Karen, she realized there weren's many, if any, community-based services for special needs children and it became her goal to make sure these children had a place in the local community and in society as a whole. In 1967, Rose Marie wrote to Rose Kennedy asking her for help regarding this mission and received a response in support of bettering the lives of these children.

Rose Marie was a founding member of the Marlborough-Westboro Chapter of the Mental Health Association, Greater Marlborough Programs, Inc., and Citizens for Better Schools in Hudson. Throughout the 1960s and 70s, she served on the board of directors of many human service organizations, including the South Middlesex Association of Retarded Citizens, Marlborough Human Services Council, Metro West Health Planning Council, South Middlesex Health Care Coalition, Juvenile Justice Committee, Greater Marlborough Area Parent Committee, Marlborough Special Needs Advisory Council, Shriver Center Advisory Board on Dental Care for Developmental Disabilities, Campership Coalition for Greater Marlborough Area, and the Statewide Advocates Advisory Board. She also aided in developing the first Head Start program in Marlborough and was active in the Chapter 766 Program.

As a member of the 3rd Order of Secular Franciscans, she served as Minister, Formation Director, and Chairman of the Peace & Justice Commission for the Region. She served as president and was an active member of Marian Community in Medway, as well as a member of the Magnificat prayer group. Rose Marie's strong catholic faith guided her existence and led her on spiritual journeys all over the world as she pursued her love of travel and adventure. She was also a strong advocate for the pro-life movement.

In lieu of flowers, the family requests that donations be made in her honor to The Michael Carter Lisnow Respite Center, 112 Main St., Hopkinton, MA 01748.