Westborough – The Westborough location of the Boston-based e-commerce company Wayfair was recently in the news as CNBC’s series, “Where the jobs are” filmed several live segments there Dec. 4.

CNBC business reporter Mary Thompson and her crew met with the company’s CEO Niral Shah at its facility in the Otis Street Business Park to highlight the growing need for qualified employees for the digital retail field. The clips were shown live on cable network’s popular morning show, “Squawk Alley.” 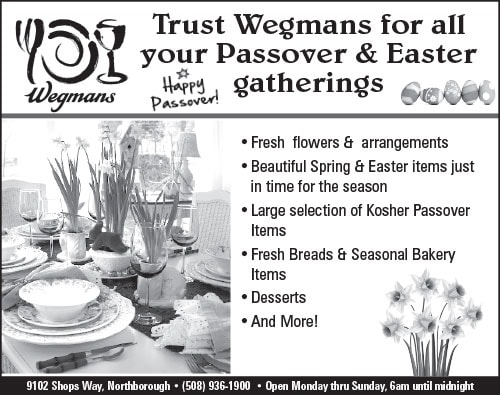 The series takes a look at different industries each time the national jobs report is released, Thompson said, to highlight the unique challenges facing business owners as they strive to fill the positions needed to help their companies grow. CNBC Producer Karina Frayter was instrumental in connecting with Wayfair and securing the Westborough location for the broadcast, Thompson said.

Wayfair, which sells furniture and home decor though its website, is the largest online-only retailer for home furniture in the United States, and the 33rd largest online retailer in the United States, according to interntretailer.com. Forty employees are based at the 100,000 Westborough location, where the company shoots many of the photos for its website.

According to Sucharita Mulpuru, an analyst with Forrester, who also commented on the “Squawk Alley” piece, it is anticipated that nearly 100,000 digital retailing jobs will be created from 2013 through 2017. Those jobs will pay, on average, nearly double the salaries of those who work in a traditional brick-and-mortar setting.

Wayfair, which currently has 3,250 employees in its U.S. locations, as well as several in Australia, Germany, Ireland and the United Kingdom, is seeking to fill 500 positions throughout the company, including data scientists, merchandisers, marketers, designers, warehouse staff and customer service representatives, according to Shah.

Although the positions are diverse, the main thing retailers like Wayfair will be looking for, Thompson said, is an aptitude for technology, specifically analytics.

“These are really the transitional jobs of the future,” she noted.

“We always say we care about four main traits,” Shah said in his interview with Thompson. “We care about folks that are hardworking, bright, team-oriented or collaborative, and have the ability to use analytical insights or quantitative data. Those traits are the key things that help someone succeed here.”

Thompson is an award- winning reporter who has also extensively covered stories in the banking and insurance industries. In 2010, she received a Gerald Loeb Award for Distinguished Business and Financial Journalism for breaking news coverage of the Bernard Madoff scandal. In 2005, she received a National Headliner Award for her reporting on price fixing in the insurance industry.
Thompson’s clip from the Westborough location and her full report can be viewed at http://www.cnbc.com/2015/12/03/talk-about-upwardly-mobile-jobs-digital-retail.html. A clip will also be shown on the PBS Nightly Business Report Monday, Dec. 7.