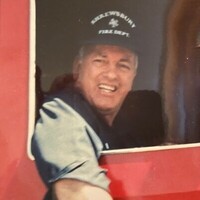 Willis is survived by his beloved wife of sixty-eight years, Theresa F. (Thomas) Haire; two daughters, Kathryn R. Gaudette and her husband Thomas, and Donna M. Wilson and her husband Jeffrey; and a sister, Barbara Truelson, all of Shrewsbury.  He is also survived by four grandchildren, William Gaudette and his wife Kathleen, Gillian Turo and her husband Chris, Cristina Wilson and Maria Wilson; two great grandchildren, William Gaudette, Jr. and Leo Turo; nieces and nephews.  He was predeceased by three siblings, Francis Haire, Margaret Breen, and Ruth Rondeau.

Willis was born in Worcester, son of the late, Willis K. and Margaret (Walsh) Haire, and attended Worcester public schools.  He later served his nation proudly during the Korean Conflict, in the United States Army.  He served in the infantry and as a paratrooper.

Willis and Theresa moved to Shrewsbury where they raised their family and he served the people of the town for over thirty years, retiring from the Shrewsbury Fire Department; he could also be found working part-time at Thomas Auto Parts.  Following his retirement, he worked for a brief time at Astra Pharmaceutical in Westborough.

He was a member of Saint Anne’s Church, The “Shrewsbury Friends” at Shrewsbury Senior Center, the Greendale Retired Men’s Club, and the Korean War Veterans.  He enjoyed writing poetry, especially for his loving bride and their family.  He loved his family and had an incredible work ethic.  He will be lovingly remembered by all who knew him.

The family would like to thank the wonderful people in the Lakeside ICU at UMass for their attentive care, especially Alyssa, Jeremy, and Erika.  A thank you is also extended to his PCA’s Catherine, Priscilla, Rachel, and Fidelis, for the wonderful care and kindness shared with and shown to him, while allowing him to remain in the comfort of his own home.

In lieu of flowers, donations in his memory may be made to the Shrewsbury Fire and Police Association, 11 Church Road, Shrewsbury, MA 01545.