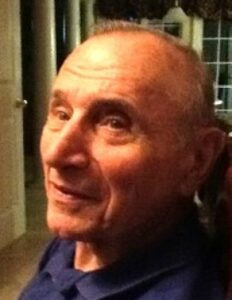 Upton – George D. Colwell, 93, of Upton, MA, formerly of Westborough, MA, died peacefully at home on Saturday, June 4, 2022.  He was a devoted husband, father, and grandfather.

George was born on February 15, 1929, and raised in Worcester, MA, by Chesley D. and Bernice B. Colwell. He is survived by his loving wife of 69 years, Marjorie (Gulvin) Colwell and their three sons, Stephen and his wife Sheryl, Scott and his wife Kathleen, and Christopher, all of Upton, MA. He also leaves behind his sister, Miriam Carpenter of Shrewsbury, MA; ten grandchildren and four great grandchildren.

George graduated from the High School of Commerce and went on to attend Worcester Junior College where he graduated with an associate’s degree in business. George later attended the University of Rhode Island where he graduated with a bachelor’s degree in business.  George served in the US Navy from 1946-48, stationed in the Panama Canal zone. He also served in the US Army from 1952-54, stationed in Thule Greenland and other areas. George was a 64-year member of the Masons at Somerset Lodge in Preston, CT. He delivered Meals on Wheels twice a week from 1999 – 2015. He was the oldest driver when he finished.

George began working at the age of 13 in his father’s grocery store and never stopped. His career in sales included positions with Maclean Trucking Co., management positions with The Hubinger Company (a division of HJ Heinz), Western New York Syrup, and Sweeteners Plus. For the last 30 plus years he had his own brokerage company, representing a variety of ingredient manufacturers. He worked until the day he died.  George took great pride in the long-term relationships and friendships he developed with his customers and the companies that he represented.

George’s greatest achievement was marrying Marjorie in 1952 in Kingston, RI. They went on to raise their three sons in Westborough, MA. George was an active member of the community; he taught Sunday School at the Congregational Church, served on the Hastings School building committee and was committee chairman for Cub Scout Pack 2.

In lieu of flowers, donations can be made to the ALS Association: https://www.als.org/donate  or Meals on Wheels: https://www.mealsonwheelsamerica.org/take-action/donate/individual-giving.