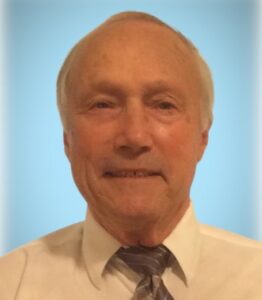 Shrewsbury – John P. Grenier, 80, of Shrewsbury, passed away on Thursday, June 30, 2022 at Saint Vincent’s Hospital in Worcester, after a brief illness.

He was a devoted husband to his wife Jacqueline for 47 years. He is survived by his two sons, Justin D. Grenier and his wife Leslie Mitchell Grenier of Boylston, Carlin J. Grenier, and his wife Erin Grenier of Shrewsbury. John was the loving Pepe of 4 grandchildren, Sari, Carlin Jr., Skylar, Ivy and his step-grandson, Jordan Johnson. John was the son of the late Paul and Florence Grenier. He leaves a sister, Constance Grenier Danti of Peabody. Besides his parents, he is predeceased by a brother, Donald Grenier; sister-in-law, Ann Kelly Grenier and brother-in-law, Bernard Danti. John leaves several brothers-in-law and sisters-in-law in Canada and several nieces and nephews from both sides of the family.

John was born and raised on Grafton Hill in Worcester; he later moved to Shrewsbury 45 years ago to raise his family. He attended Assumption Prep for two years and then graduated from North High. He obtained an Associate degree from Nichols College. He was a long-time member of St. Mary’s Church in Shrewsbury.

John has been self-employed since 1973 as a Public Insurance Adjuster. His son Justin joined his father in the business during the later years of his career, making it a family business that he was greatly proud of. He was known in the City of Worcester as a standout athlete, excelling in basketball, baseball, and football.

John greatly enjoyed attending his sons and grandchildren’s sporting activities. He loved going to Maine every Summer. For many years, John found great pleasure and peace of mind at the beach with his family. He also enjoyed all the trips he made to Canada to visit the family. He always looked forward to the next trip. He liked to prepare some of his favorite recipes for everyone to enjoy. John took great pride in his garden and loved to pick tomatoes off the vine and share them with family and friends. He enjoyed classical and gospel music. He was always there for his family and made sure his family came first.

The family wishes to express much gratitude to the staff and doctors of St. Vincent’s Hospital, to the staff and physicians from Reliant Medical Group, Dr. Daniel Carlucci and Dr. Prashanth Holla.

John’s funeral and burial will be celebrated privately by his family.