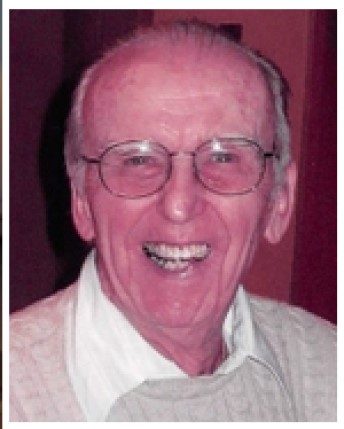 Born and raised in Shrewsbury, Bill attended Worcester Academy and later lived in Worcester before moving back to Shrewsbury. A veteran of the Navy, he was stationed in the Pacific during World War II, where he manned a Landing Craft Control boat. Bill was President of Christie and Thomson Inc. Auto Parts.

Bill’s greatest joy was spending time with family and friends. He enjoyed WW II reunions with his friends from the USS Centaurus and was a member of the Worcester Kiwanis Club.

The family thanks you for your support during this difficult time.

In keeping with Bill’s wishes, private graveside services with military honors will be held at Mountain View Cemetery, Shrewsbury for immediate family only.

In lieu of flowers, donations may be made in Bill’s honor to the Shriners Hospitals for Children-Boston, 51 Blossom Street, Boston, MA 02114 https://lovetotherescue.org/.